Home > Back to Search Results > Death of the publisher... Hezekiah Niles...
Click image to enlarge 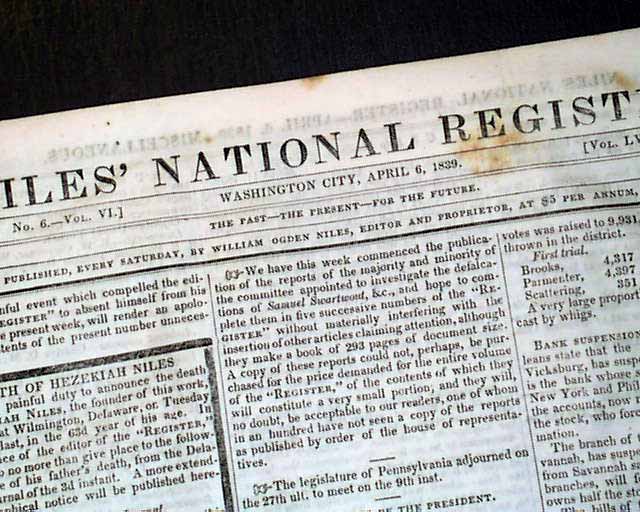 Death of the publisher... Hezekiah Niles...

The front page has a black-bordered notice of the death of the publisher of this newspaper, the man for whom the newspaper is named, Hezekiah Niles. The report begins: "It is our painful duty to announce the death of  Hezekiah Niles, the founder of this work, who died at Wilmington, Delaware...in the 63d year of his age..." with more (see). Always nice to have a death report of a publisher in his own newspaper.
Other articles in this issue include: "The Northern Frontier" "a document signed in type: M.Van Buren; "Adjustment of the Boundary Question" with Maine which includes 2 letters signed: Winfield Scott, and more.
Sixteen pages, 8 1/4 by 12 inches, nice condition.