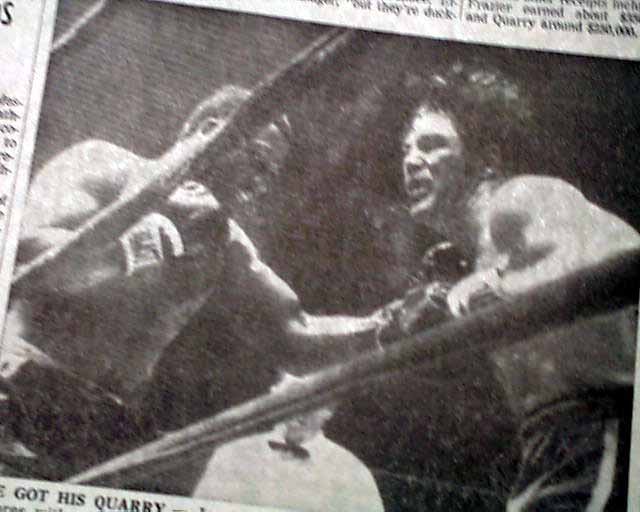 
THE PARSONS SUN, Parsons, Kansas, June 24, 1969  An inside photo with supporting article provided coverage of the title fight between Joe Frazier and Jerry Quarry. "Though it may not be the most famous fight of Joe Frazier's Hall of Fame career, his 1969 bout with "Irish" Jerry Quarry was indeed one of the best, a slugfest of epic proportions that won the 1969 Fight of the Year award from RING Magazine." (source, Bad Left Hook). See images for details.  An interesting item on the same page mentions OJ Simpson, Joe Paterno, and other football greats.  Complete in 10 pages and in good condition.