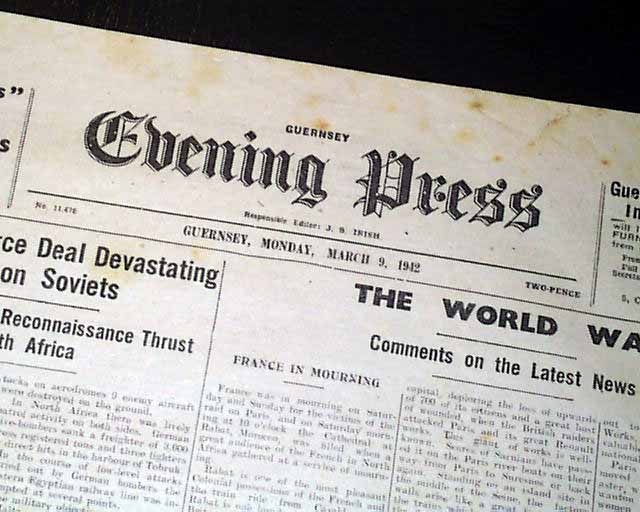 This island in the English Channel was occupied by the Germans during World War II so all reporting is pro-Nazi propaganda. On the front page "German Air Force Deal Devastating Blows on Soviets - Successful German Reconnaissance Thrust in North Africa", "The New Japanese Successes", "The World War - Comments on the Latest News" and more.