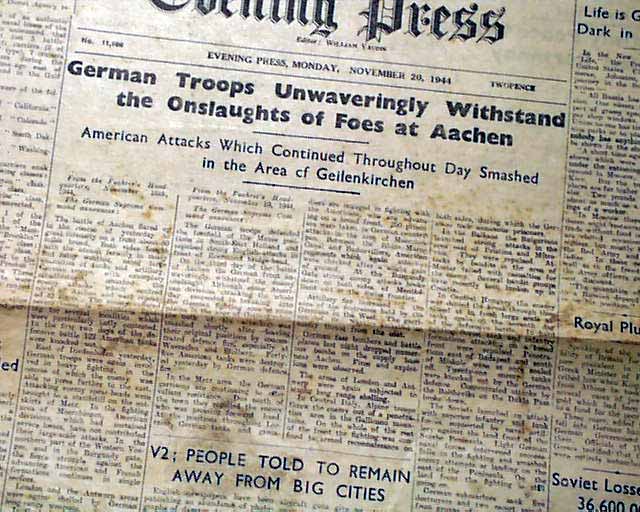 This island in the English Channel was occupied by the Germans during World War II so all reporting is pro-Nazi propaganda. On the front page "German Troops Unwaveringly Withstand the Onslaughts of Foes at Aachen", "American Attacks...Smashed in the Area of Geilenkirchen", "Crushing Blow at U.S. Navy" and "Life is Grey & Dark in Moscow".

Four pages, dirtiness to the front page but causing no loss of readability.