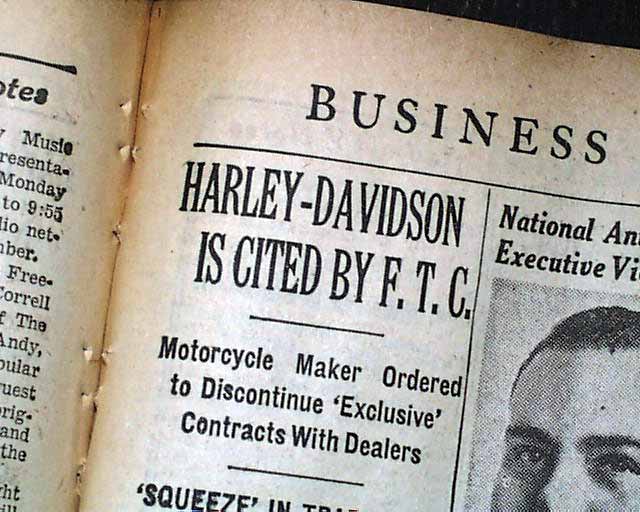 This 48 page newspaper has one column headlines on page 31: "HARLEY-DAVIDSON IS CITED BY F.T.C.", "Motorcycle Maker Ordered to Discontinue 'Exclusive' Contracts With Dealers" and more (see photos). Coverage on the Harley Davidson Motorcycle Company under fire by the Federal Trade Commission.