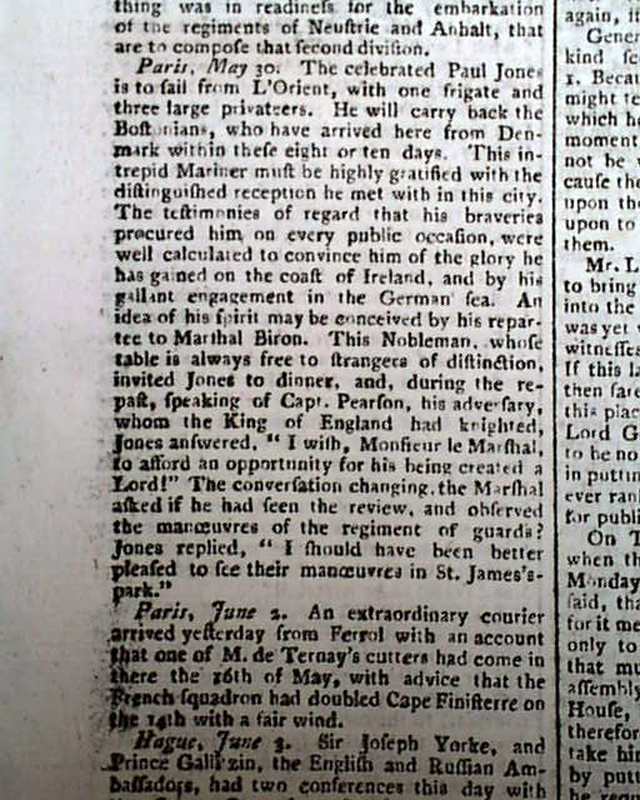 
THE LONDON CHRONICLE, England, June 10, 1780  Inside has a brief item concerning John Paul Jones, with a dateline of Paris and mentioning: "The celebrated Paul Jones is to sail from L'Orient with one frigate and three large privateers. He will carry back the Bostonians who have arrived here from Denmark within these eight or ten days. This intrepid Mariner must be highly gratified with the distinguished reception he met with in this city. The testimonies of regard that his braveries procured him on every public occasion were well calculated to convince him of the glory he has gained on the coast of Ireland & by his gallant engagement in the German sea...invited Jones to dinner & during the repast, speaking of Capt. Pearson, his adversary..." with a bit more.
Unusual to find such lengthy content of John Paul Jones in period newspapers. Eight pages, 8 1/2 by 11 inches, very nice, clean condition.