Home > Back to Search Results > Growing tensions just prior to the Civil War...
Click image to enlarge 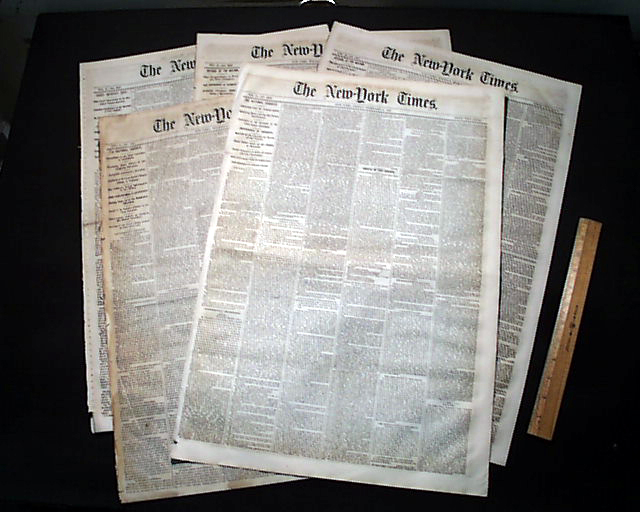 Growing tensions just prior to the Civil War...

* Five newspaper lot prior to the outbreak of the Civil War

Few periods of American history were more unsettled than the months preceding the outbreak of the Civil War, which began with the bombardment of Fort Sumter in Charleston Harbor on April  12, 1861. Since the election of Lincoln the preceding November the Southern states began serious efforts towards breaking away from the federal Union and creating a country of their own.

Here is a set of five complete, genuine issues of the "New York Times", one of the most venerable newspapers of the day. Within the pages of each are reports which reflect the growing tension of the day and offer an excellent backdrop to the events of the Civil War which would soon follow.

The images shown provide a view of the look and condition of the issues you will receive, but actual issues vary.  However, each issue will be complete in 8 pages, will be dated from January-March, 1861, and will have some light soiling or damp staining as would be expected from the period; generally good condition (as shown).