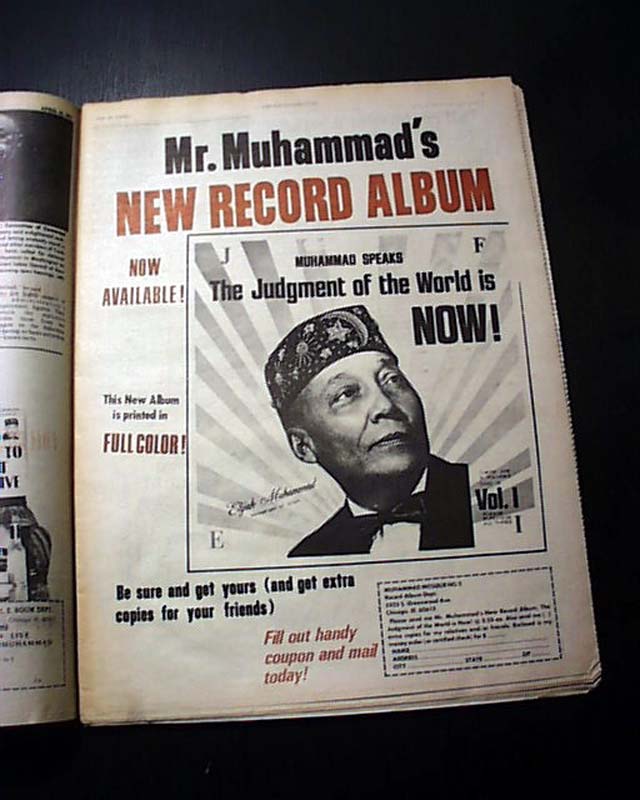 
MUHAMMAD SPEAKS, Chicago, Illinois, April 16, 1971  This newspaper was one of the most widely-read ever produced by an African American organization. Nation of Islam leader Elijah Muhammad began the publication on May 1960 as a weekly publication. It was distributed nationwide by the Nation Of Islam and covered current events around the world as well as relevant news in African American communities, especially items concerning the Nation of Islam itself.
The bold banner headline reads: "DISAGREEABLE TO LIVE WITH IN PEACE ! " which is discussed on an inside page. There is a "Progress" section within, some pages in color & with various motivating phrases, as well as a 2 color centerfold headed: "Get Behind Muhammad's Program!" which includes a photo of "The Honorable Elijah Muhammad" (see).
Other articles within include: "Africans Divided by Imperialism" "Lynch Law in Virginia" "What Islam Had Done" "Portrait of  War Profiteer" "Health Crisis for Blacks" and more. The back page has: "The Muslim Program - What the Muslims Want" and "What the Muslims Believe".
A box within the masthead has: "Dedicated to Freedom, Justice and Equality for the so-called Negro. The Earth Belongs to Allah."
Complete in 32 pages, tabloid size, very nice condition. 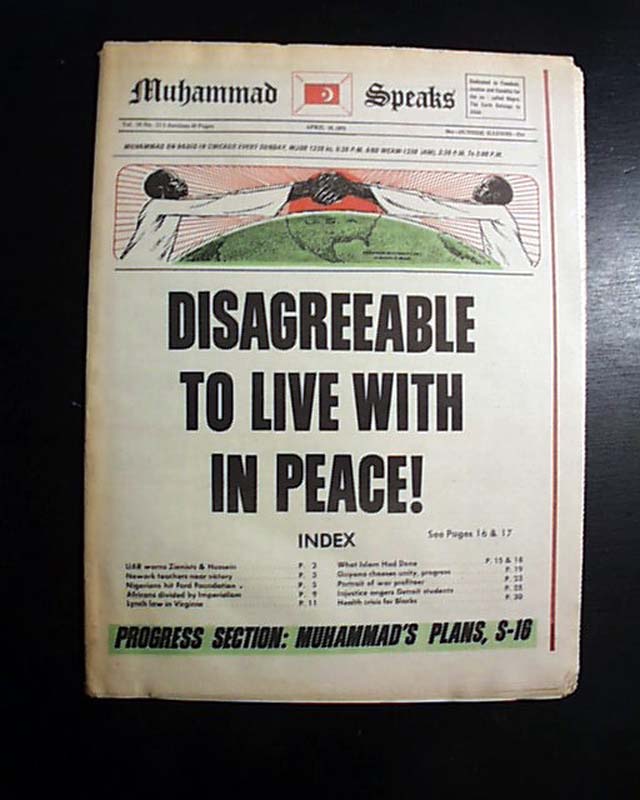 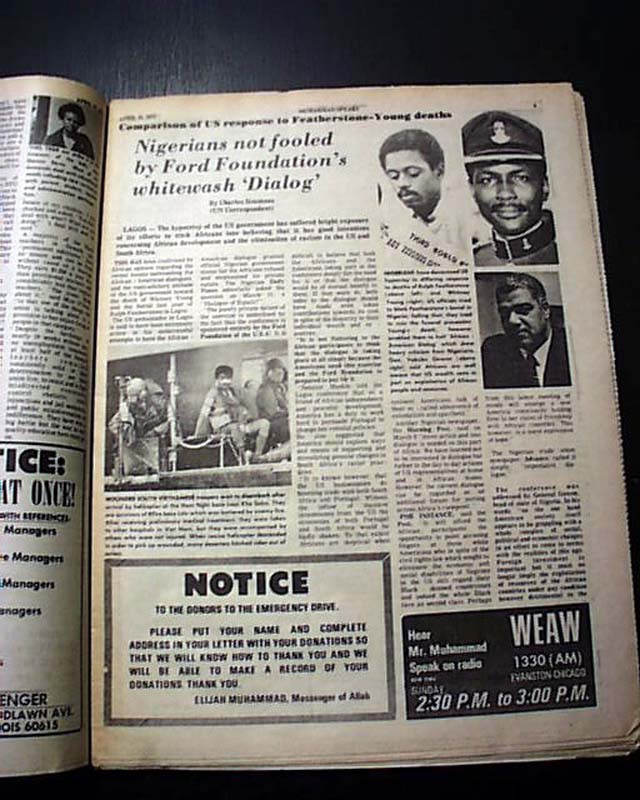 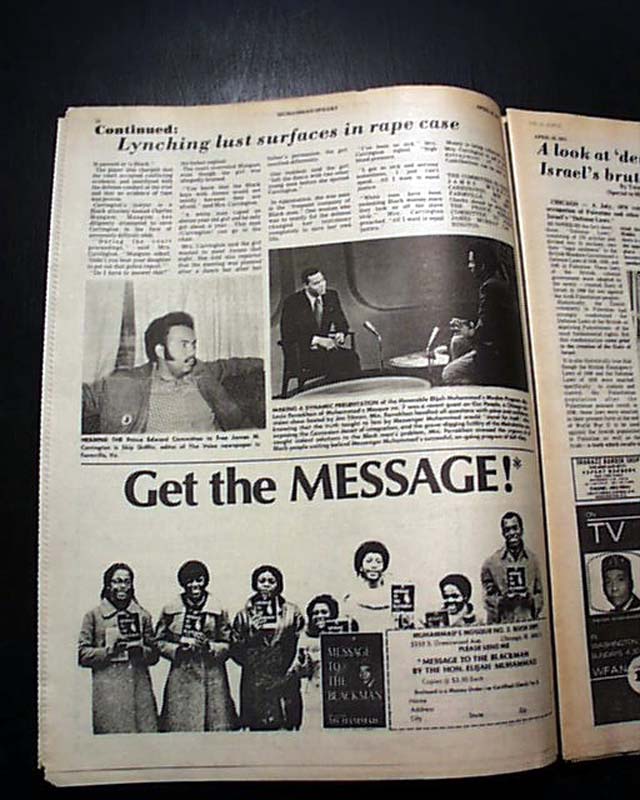 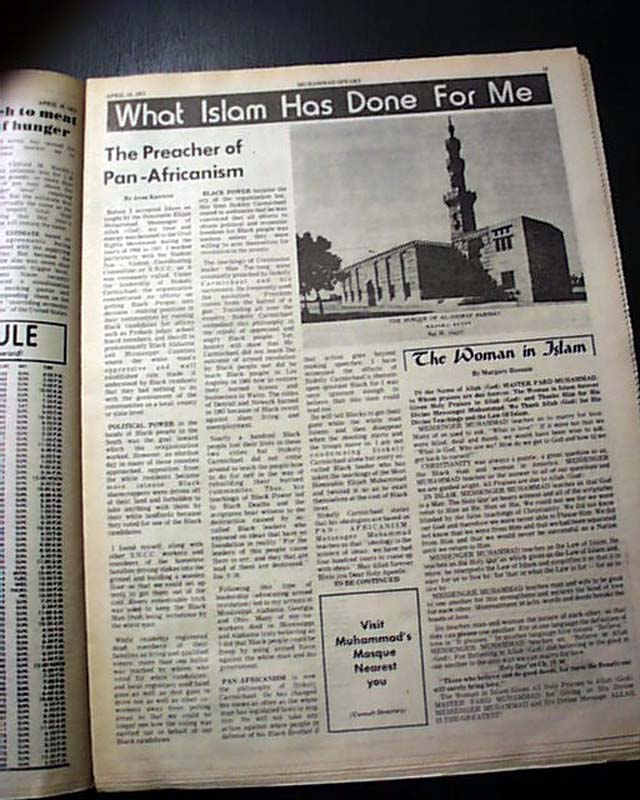 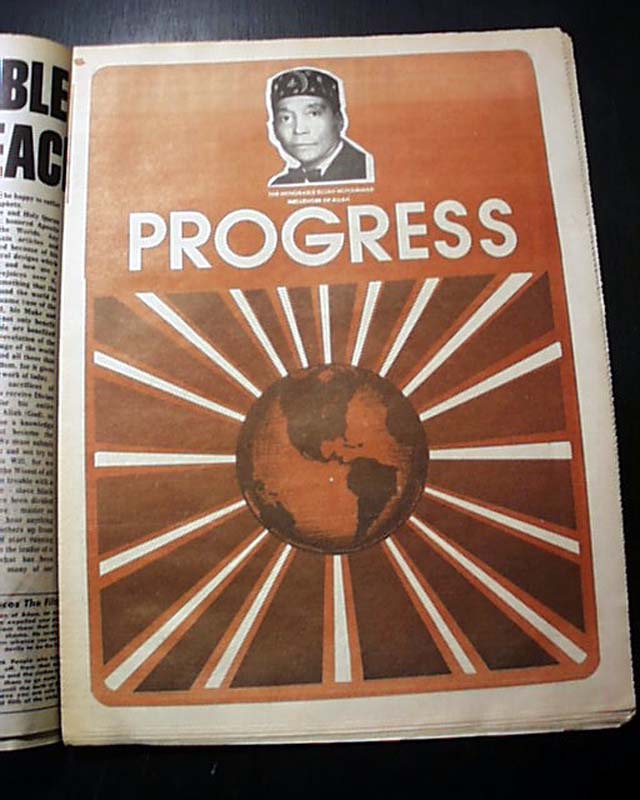 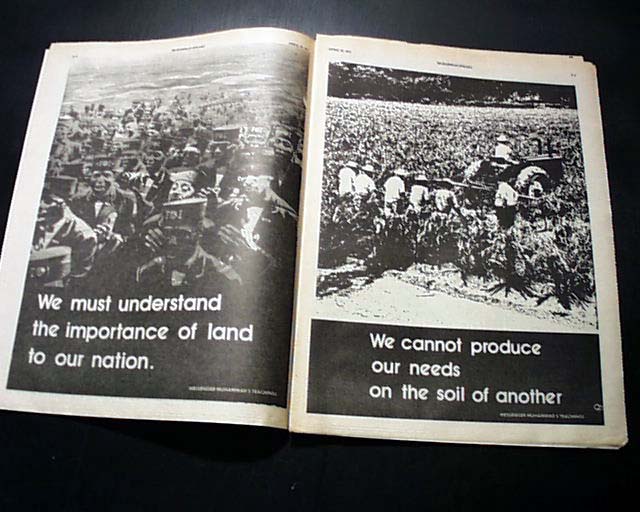 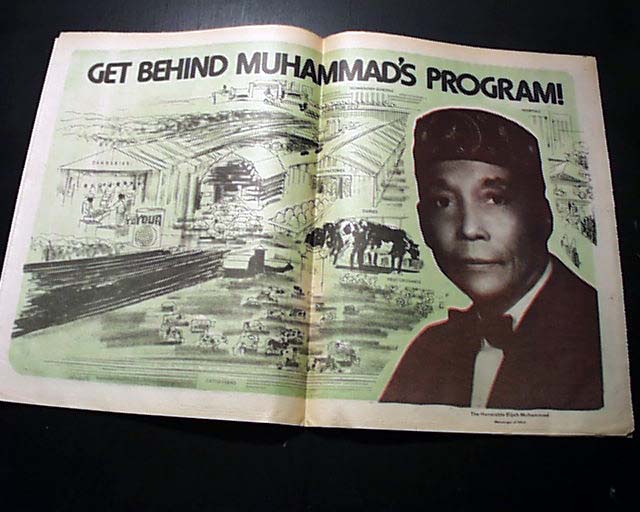 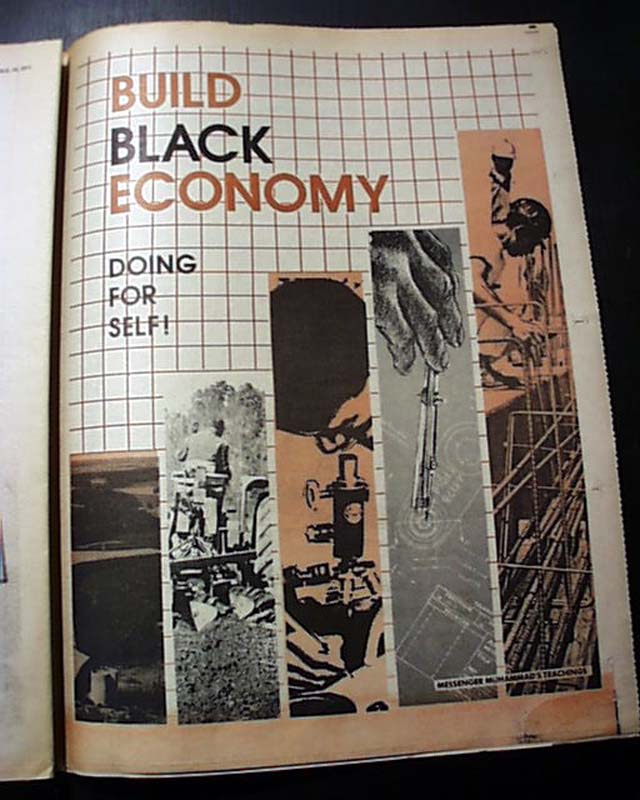 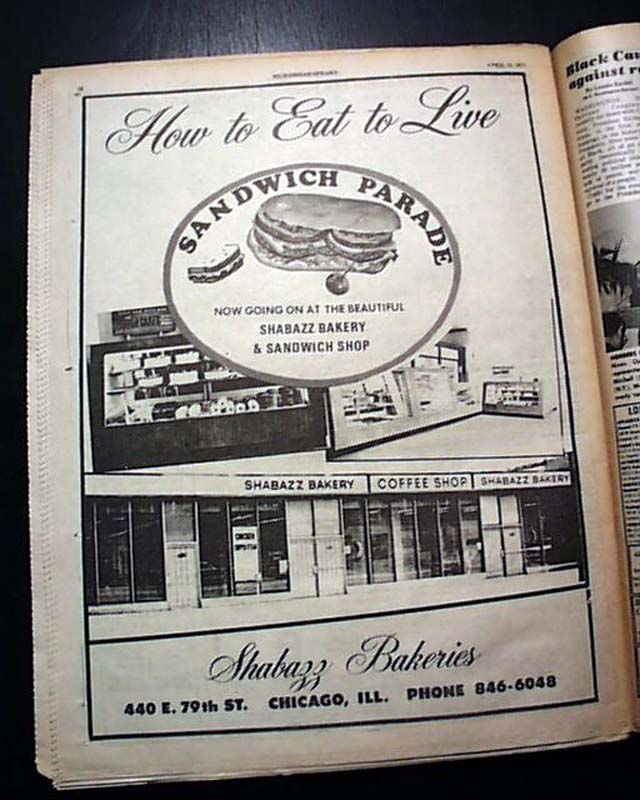