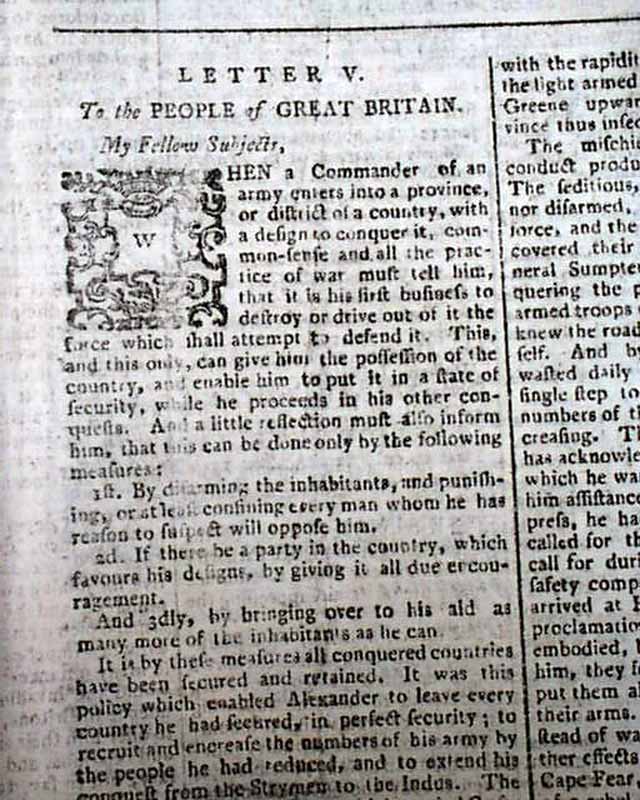 
THE LONDON CHRONICLE, England, Dec. 25, 1781  Most of the front page is taken up with a letter "To the People of Great Britain", very reflective on the consequences of war and how to fight it, with much consideration of the war in America currently in the process of ending (see for portions). Inside has most of a page taken up with a response to this letter writer, with much commentary on the Revolutionary War, bits including; "...If the dependence of the American colonies is so absolutely necessary to the existence of this empire, why did administration risk the separation for a shadow--a tax that could not be worth gathering?..." and more (see).
Another page has a full column of other: "American News". The back page has additional items including: "...it is insisted that Washington's march might have been impeded, if not entirely frustrated, and his army vanquished; that Gen. Arnold had made a voluntary offer of his service to that end which (perhaps for wise reasons) had been rejected..." and a bit more (see).
Eight pages, 8 1/2 by 11 inches, very nice condition.