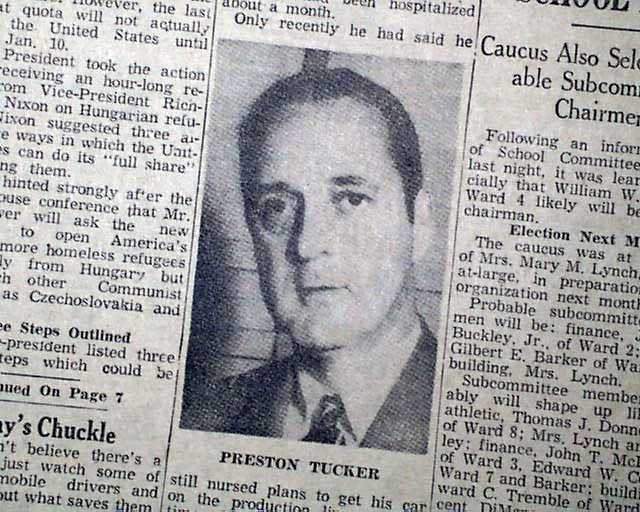 This 30 page newspaper has one column headings on the front page: "TUCKER, DREAM CAR PROMOTER, IS DEAD AT 53" and "Acquitted On Fraud Count in 1950 After Collapse Of Project" with photo of Tucker (see photos).