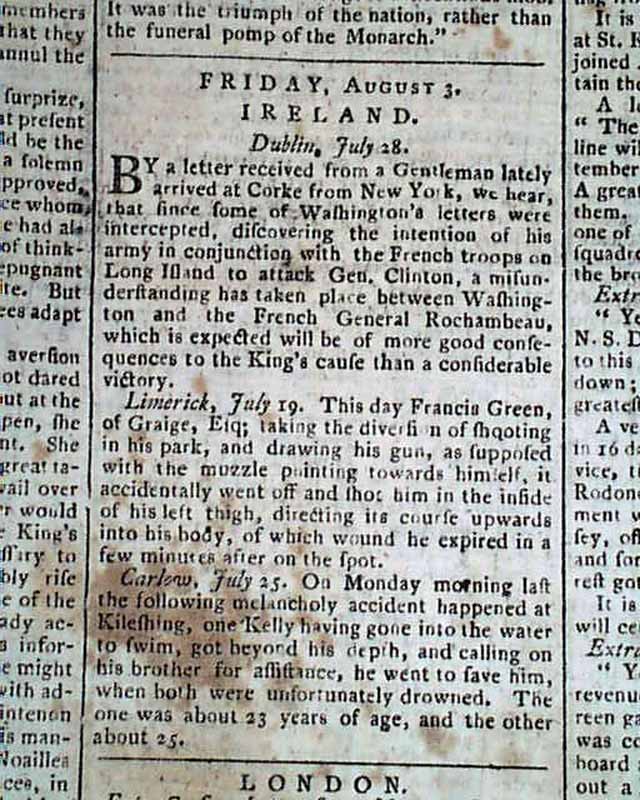 The Declaration of Independence, and ...

Critical of the Howes in New York...

Letter concerning "...the ingrates of...