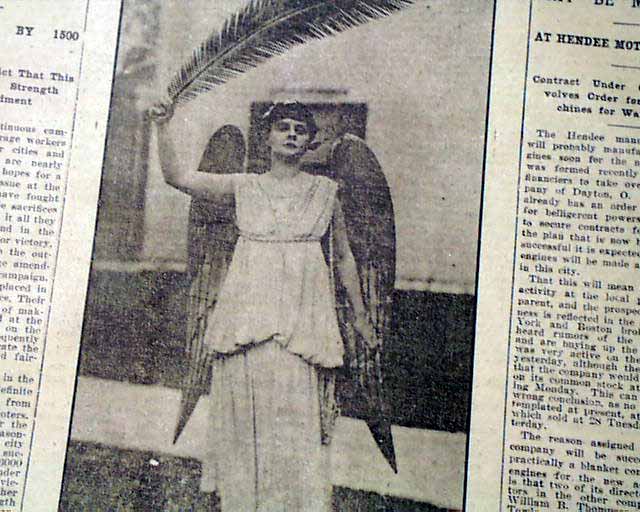 Also one column headlines also on the front page that include: "SUFFRAGE PROSPECT", "Will Parade Today", "With "Victory" To Lead", "Men And Women For Suffrage" and more. Nice item concerning the suffrage movement in the early part of the 20th century.

Other news, sports and advertisements of the day. Light browning, otherwise good. Should be handled with care.