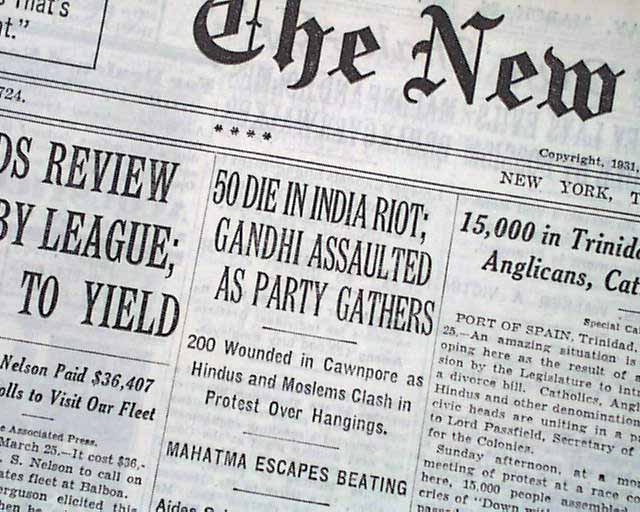 This 56 page newspaper has one column headlines on page 21: "JAIL HEAD ASKS TROOPS AS MOB SEEKS NEGROES"
"Riot Feared in Scottsboro, Ala., After Arrest of Nine, Held for Attacking Girls"

1st report coverage on the arrest of the famous Scottsboro Boys. A small inside page report probably because it wasn't a famous event at the time it was first reported.

Other news of the day throughout including a front page report on rioting in India regarding Mahatma Gandhi. Rag edition in great condition.