Home > Back to Search Results > Pro-Yankee newspaper from Kentucky...
Click image to enlarge 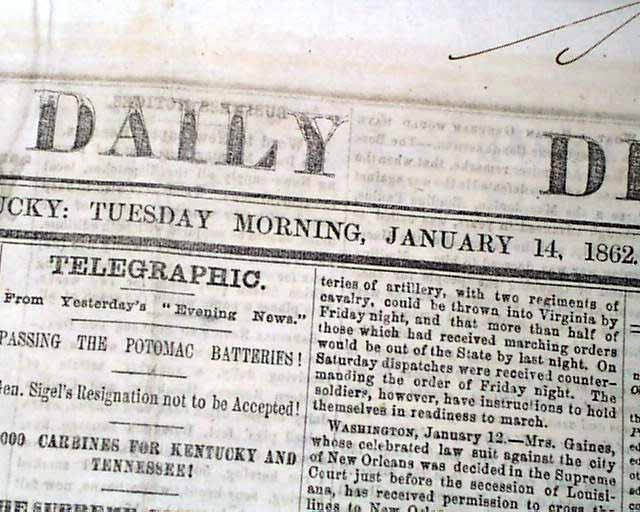 Louisville is difficult to categorize as Union or Confederate during the Civil War as, depending on the time, there were factions within the city supporting both. To placate both sides the two leading newspapers took their stands: the "Courier" was very much pro-Confederate & the "Journal" was more pro-Union. This is yet a second Yankee-leaning newspaper, & considerably more scarce than the "Journal".

Among the front page column heads: "Passing The Potomac Batteries!", "Gen. Sigel's Resignation not to be Accepted!", "5,000 Carbines For Kentucky & Tennessee!", "Too Many Cavalry!", "Bath Not Burned!" and more on the war inside. Page 2 has a huge firearms ad, and page 3 a nice recruiting ad (see photos). 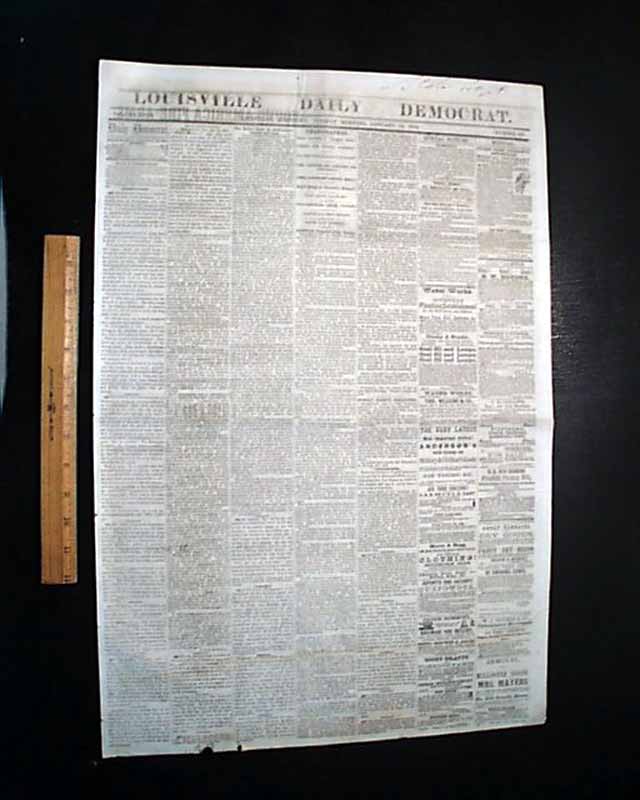 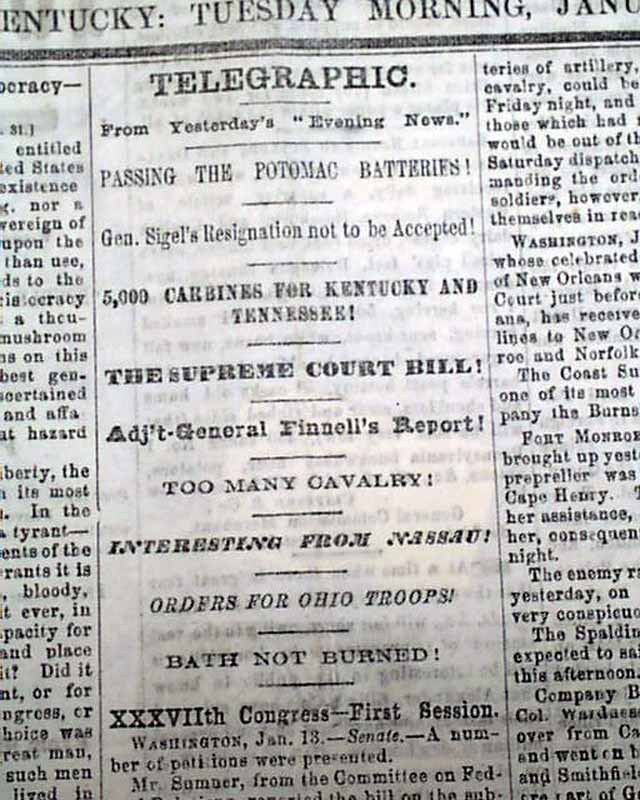 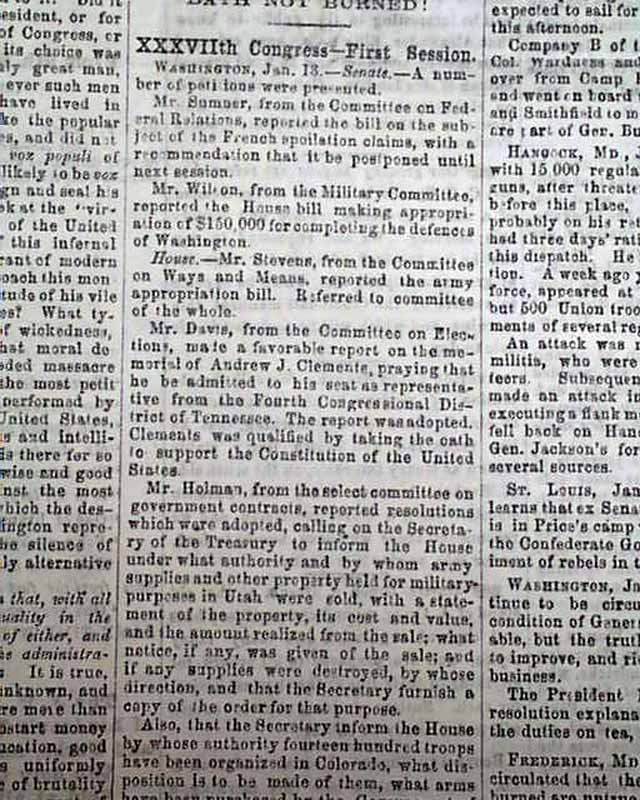 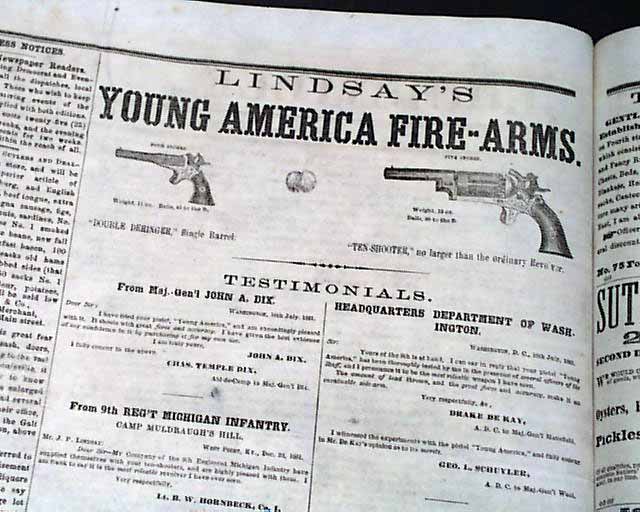 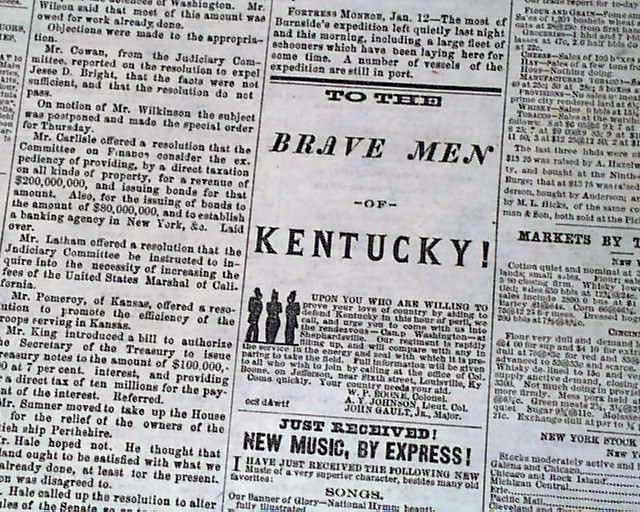 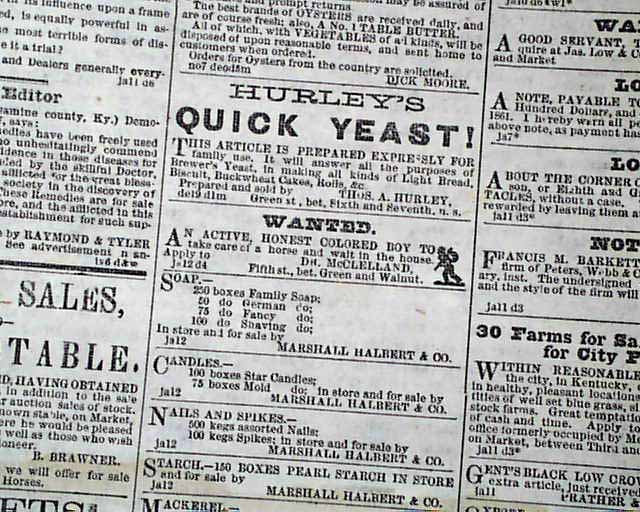