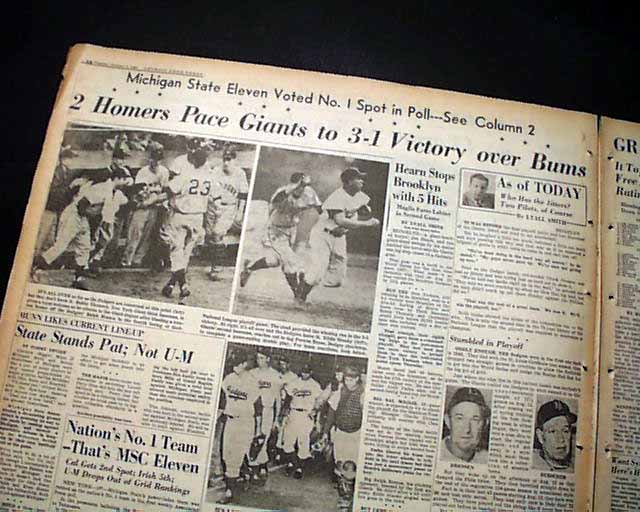 This 30 page newspaper has one column headings on the front page: "Giants Take Opener" and "Bums Face Elimination". Much more on page 18 with headlines, photos and stats with banner headline: "2 Homers Pace Giants to 3-1 Victory over Bums". 1st report coverage of the first game of the National League playoffs between the New York Giants and Brooklyn Dodgers at Ebbetts Field. This was the very first major league baseball game to be televised coast to coast. 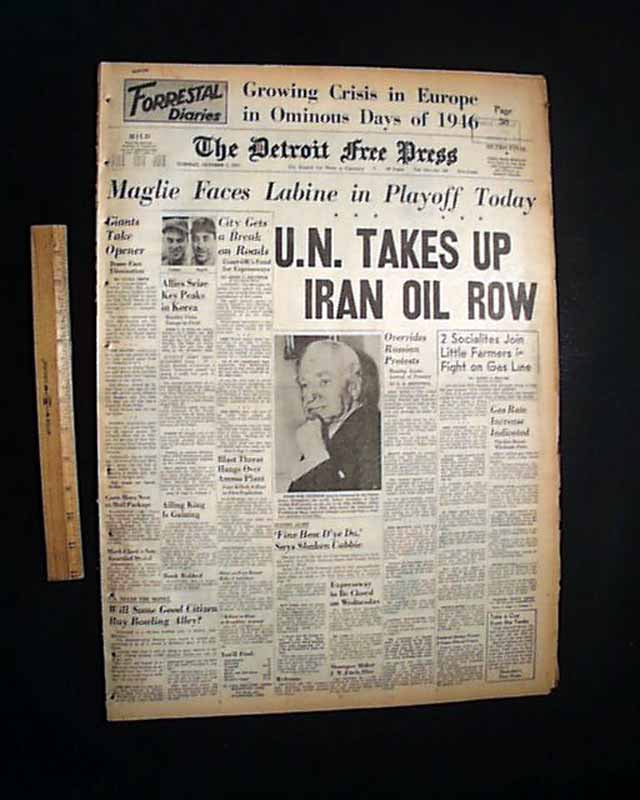 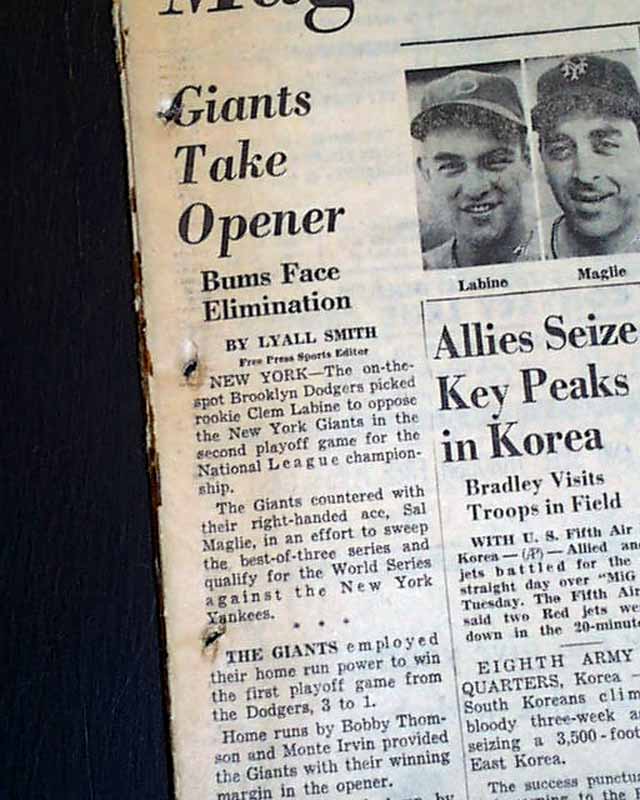 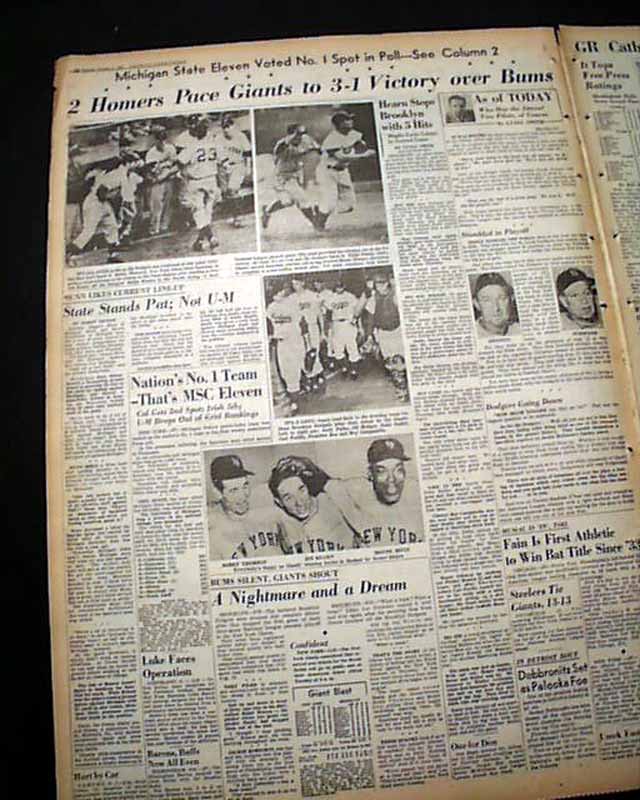 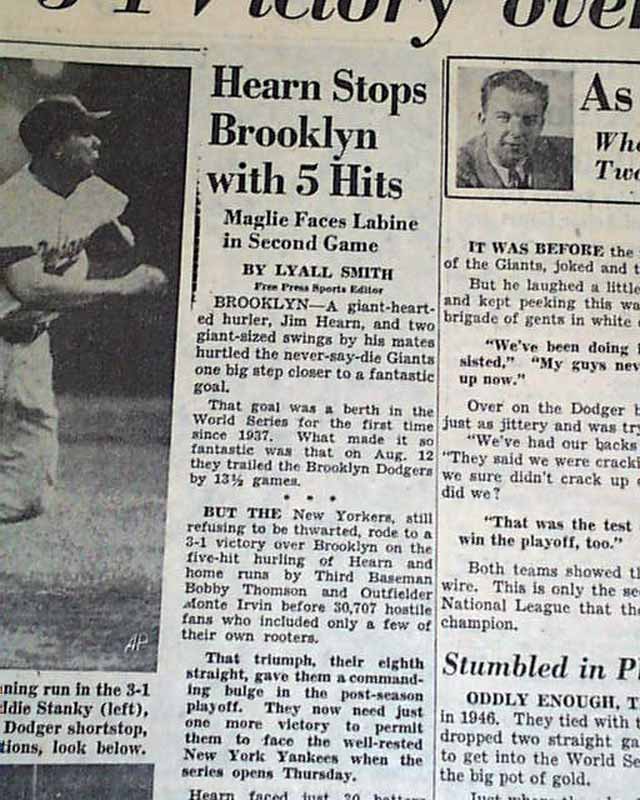 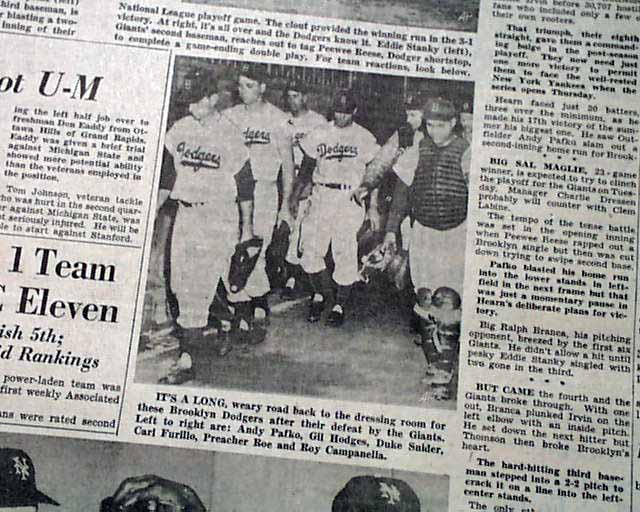 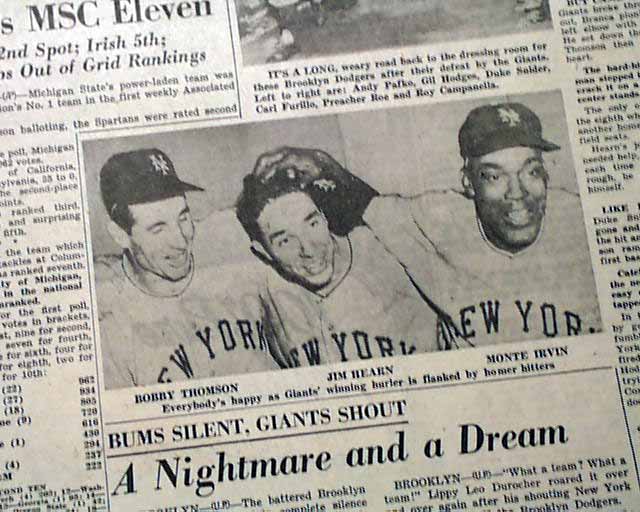 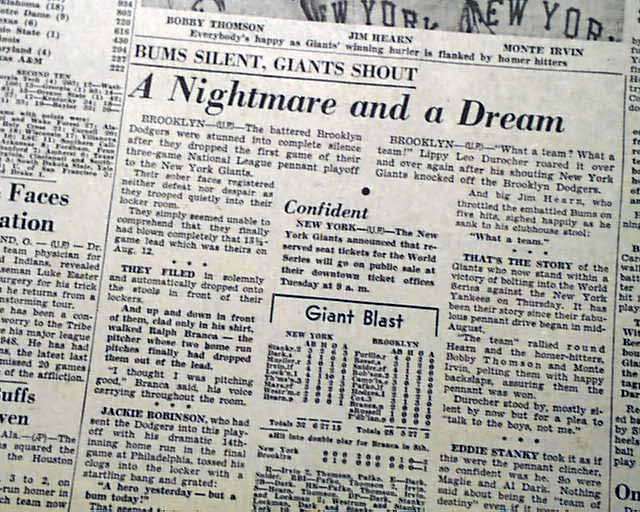