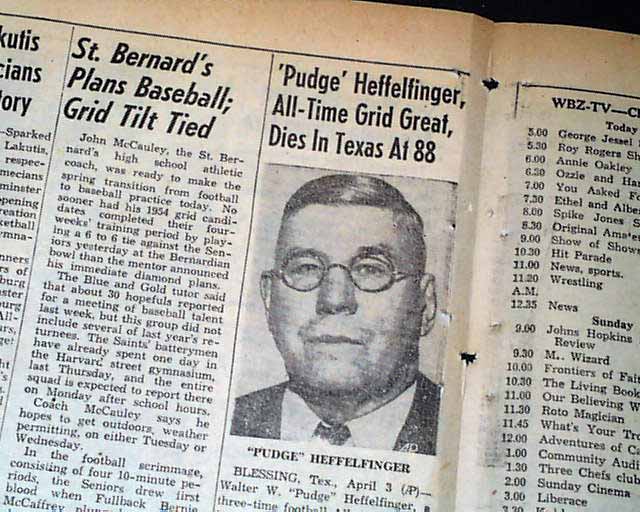 This 12 page newspaper has a one column headline on page 8: "'Pudge' Heffelfinger, All-Time Grid Great, Dies In Texas At 88" with photo. See photo for 1st report coverage on the death of William "Pudge" Heffelfinger.

Other news, sports, and advertisements of the day included. This issue has a little spine wear, but is otherwise in nice condition.