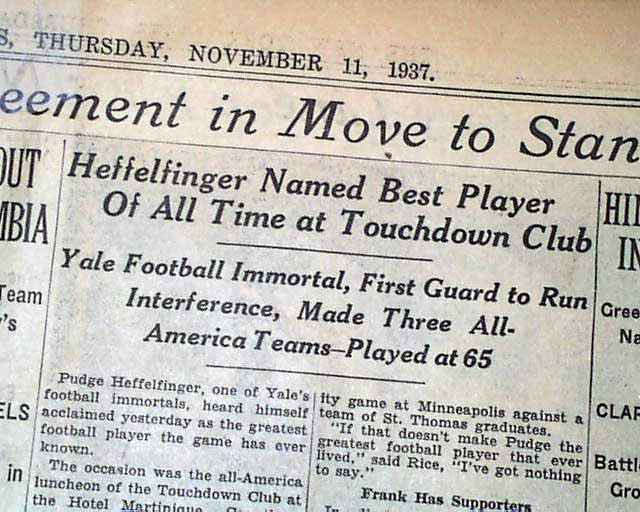 This 52 page newspaper has two column headlines in the sport's section (page 34): "Heffelfinger Named Best Player Of All Time at Touchdown Club" and"Yale Football Immortal, First Guard to Run Interference, Made Three All-America Teams--Played at 65". See photos for 1st report coverage on William "Pudge" Heffelfinger being named the best football player of all-time, up to that point.

Other news, sports and advertisements of that day throughout. Light browning with some small margin mends throughout, otherwise good condition. 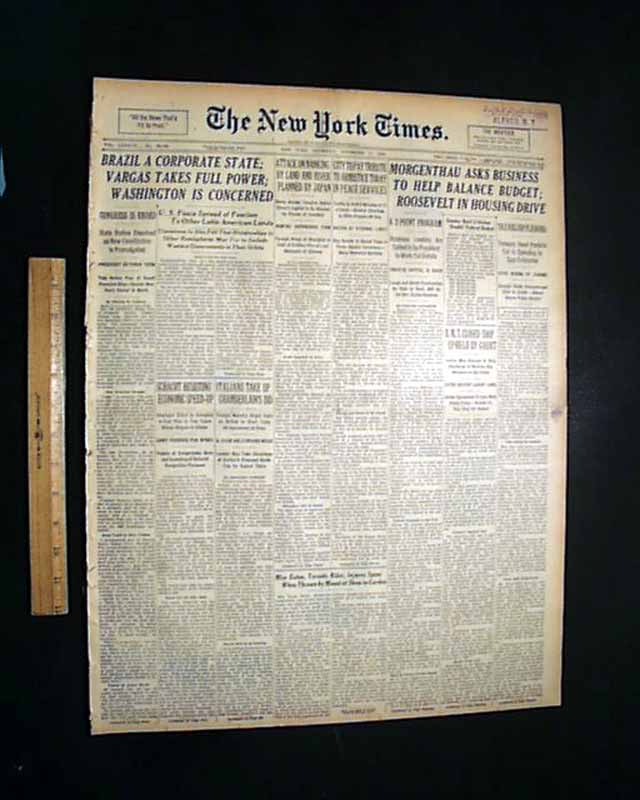 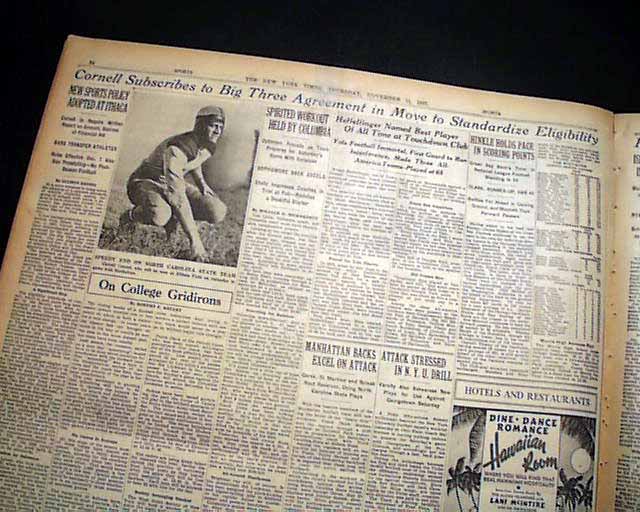 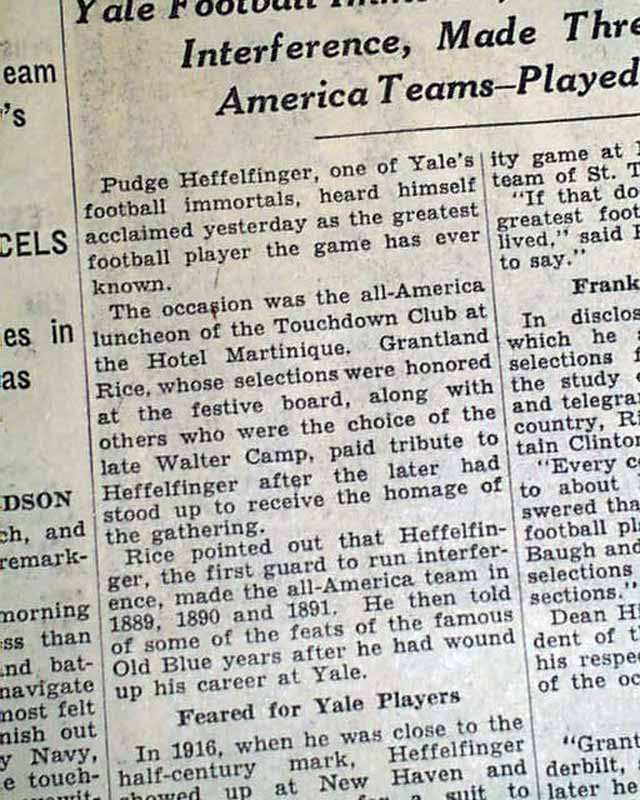 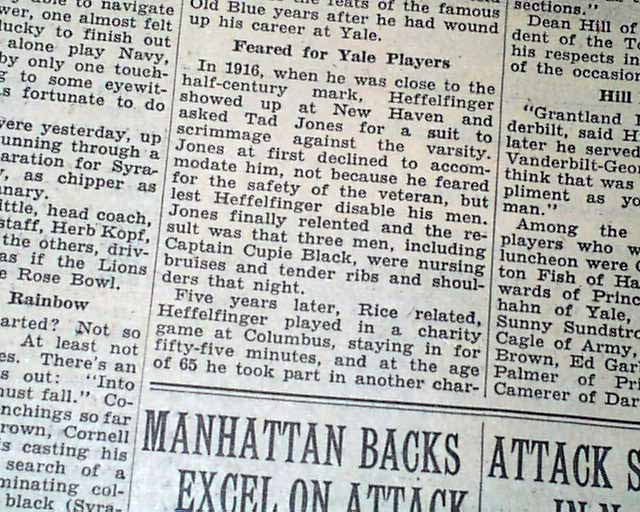 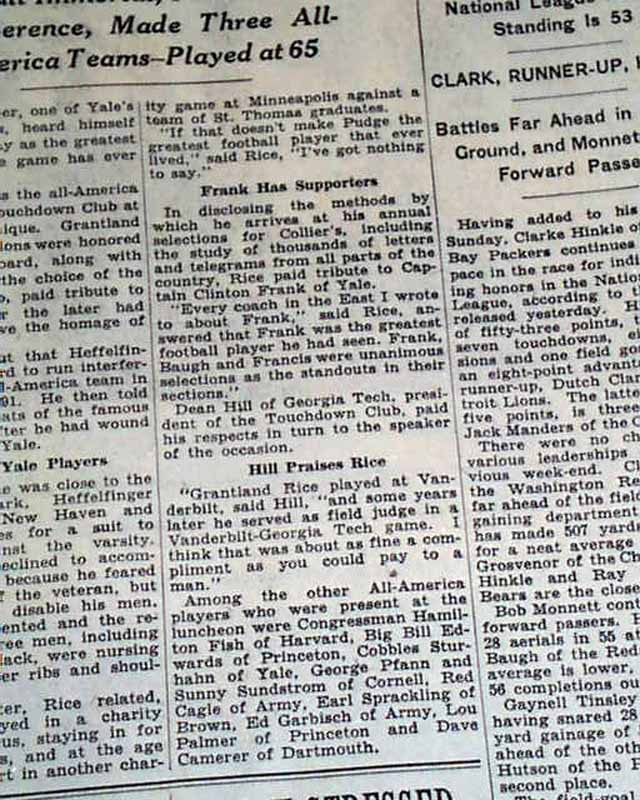 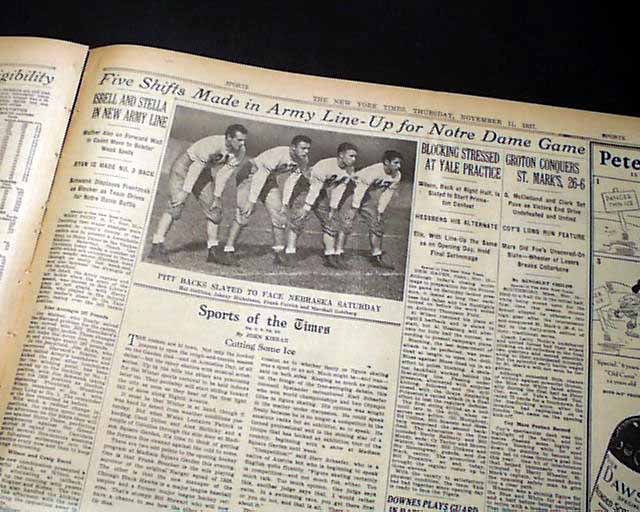