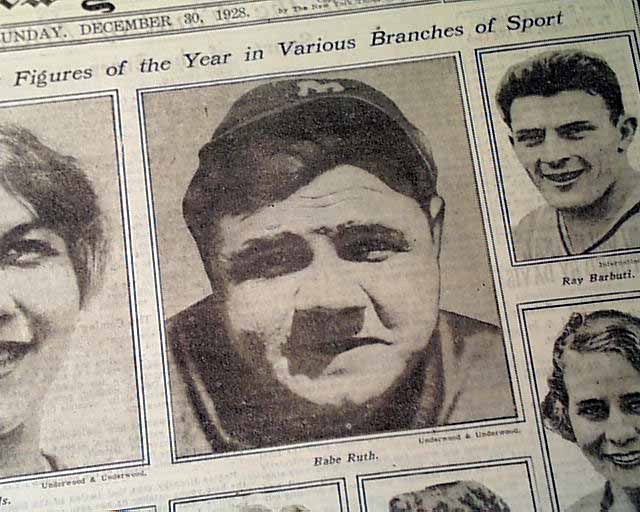 This tells of the cricket match between England and Australia. Included within the report is the first mention of famous cricketer Don Bradman in the famed New York Times (see photos).

Also on the same page are photos of famous sport's stars for the year of 1928 including Babe Ruth. (see photos).