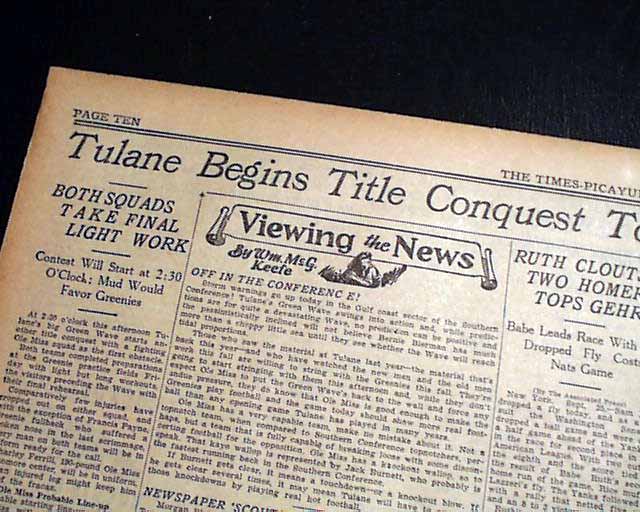 * Tulane Green Wave football
* First game of undefeated season (day of)
* Best title to have in ?

This 28 page newspaper has a banner headline on page 10: "Tulane Begins Title Conquest Today With Fighting Ole Miss Team" with subheads (see photos). This would be the day Tulane would begin their regular season that ended as a undefeated team. They would go on and be defeated in the Rose Bowl against USC. Jerry Dalrymple would be the only unanimous All-American selection for that year. GREAT TO HAVE IN THIS TITLE.

Other news, sports and advertisements of the day. A little spine and central fold wear, otherwise good.