Home > Back to Search Results > Michigan-Ohio State rivalry in 1941...
Click image to enlarge 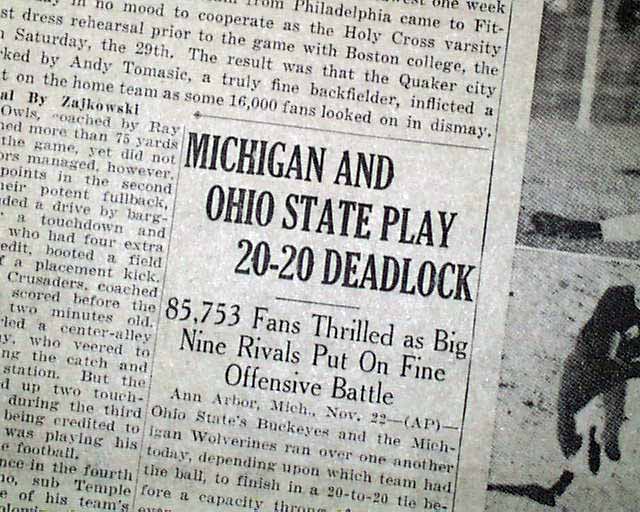 This 40+ page newspaper has loads of college football reports in the sport's section with one column headlines: "MICHIGAN AND OHIO STATE PLAY 20-20 DEADLOCK", "85,753 Fans Thrilled as Big Nine Rivals Put On Fine Offensive Battle", with lineups (see photos). See below for explanation of this game.

Other news of the day including sports and advertisements. Light browning with a little margin wear but otherwise in good condition.

wikipedia notes: In 1941, Michigan and Ohio State met for the first time with each team ranked in the AP Poll, which had started in 1936. The 14th-ranked Buckeyes played the 5th-ranked Wolverines to a 20–20 tie in Ann Arbor. Five more times during the 1940s, the teams were both ranked for their annual matchup. Michigan won five of the next seven games before playing to their second tie of the decade in 1949. The series record stood at 30–12–4 at the mid-century mark. 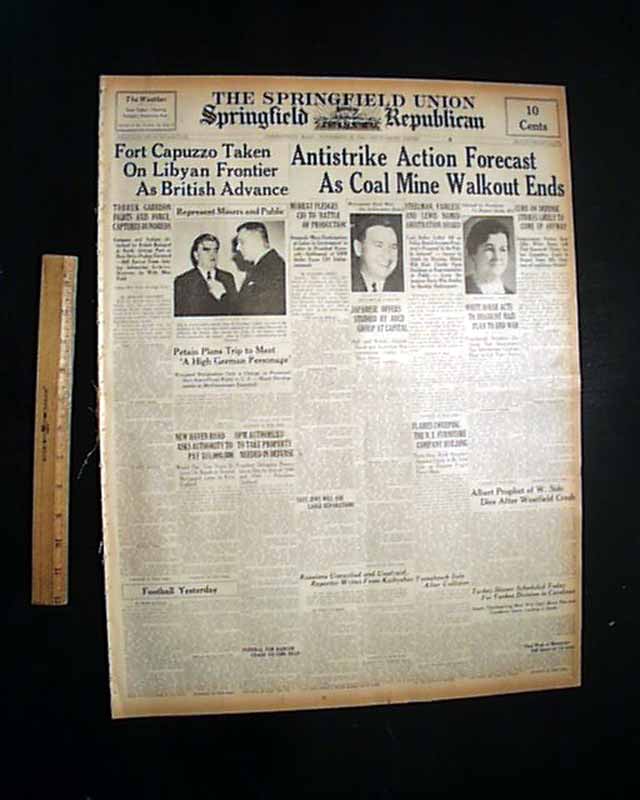 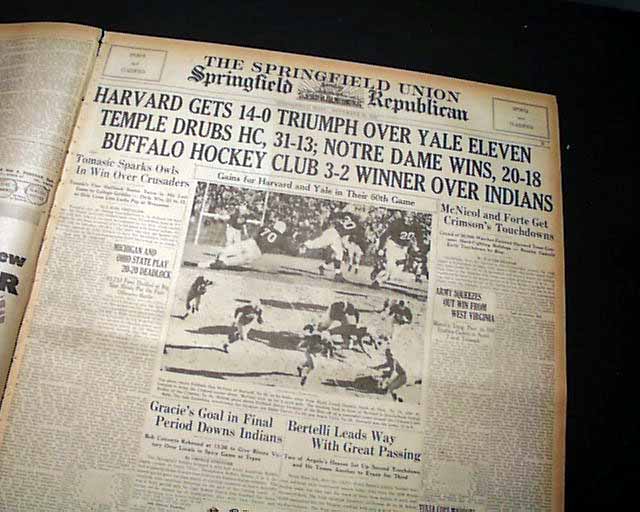 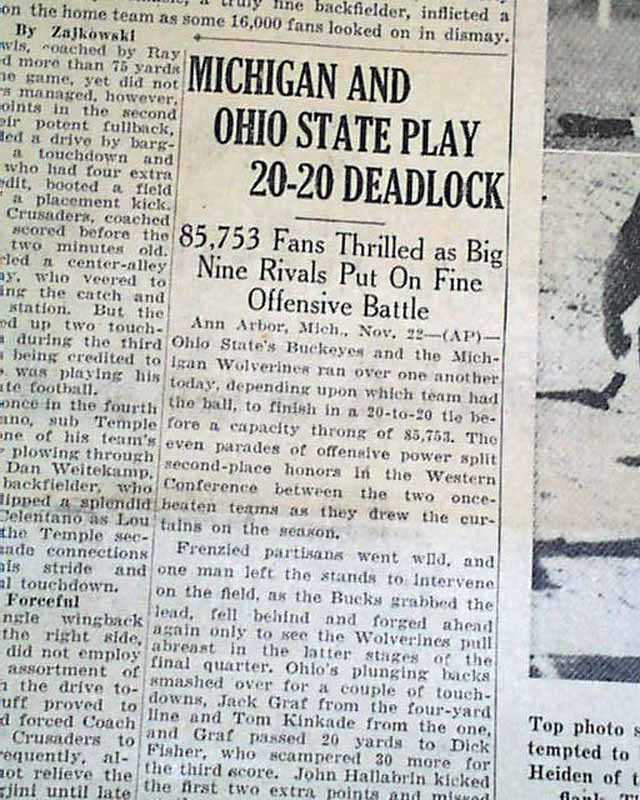 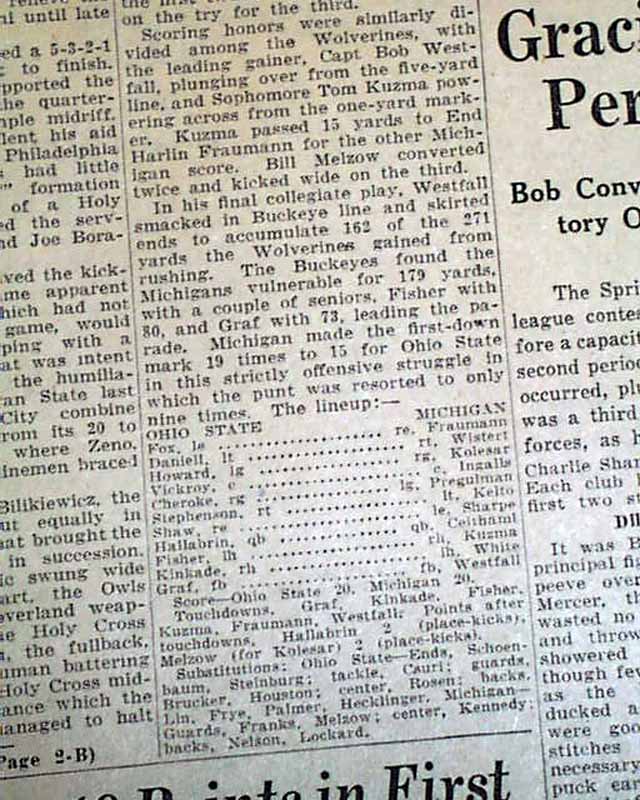