Home > Back to Search Results > First day of Battle among WWII...
Click image to enlarge 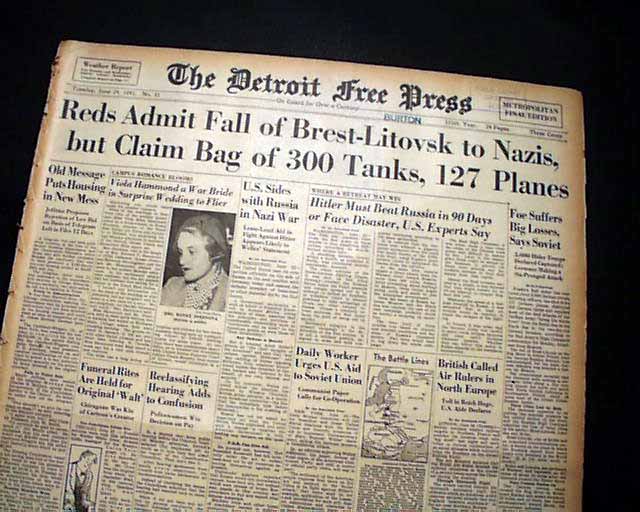 First day of Battle among WWII...

This 24 page newspaper has a banner headline on the front page: "Reds Admit Fall of Brest-Litovsk to Nazis, but Claim Bag of 300 Tanks, 127 Planes" with subheads that include: "Foe Suffers Big Losses, Says Soviet" and more.