Home > Back to Search Results > The Battle of Williamsburg, Virginia...
Click image to enlarge 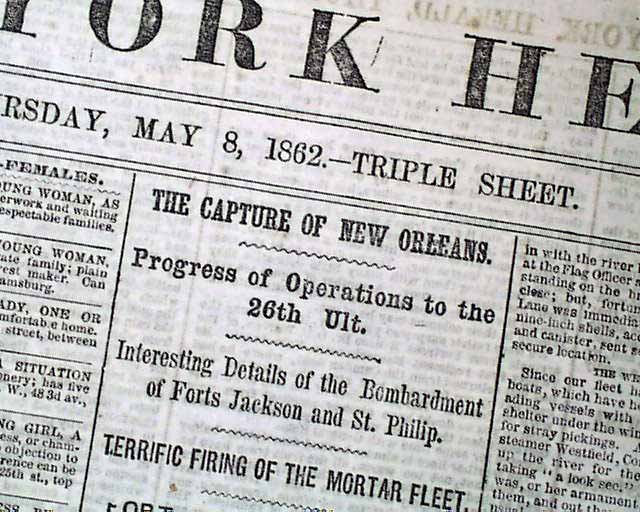 The Battle of Williamsburg, Virginia...

Among the one column headlines on the Civil War are: "The Capture Of New Orleans", "Progress of Operations to the 26th Ult.", "Fort Jackson In Flames", "McCLELLAN'S VICTORY", "The Desperate Struggle On Monday", "Arrival of General McClellan on the Field", "THE RESULT", "Williamsburg Evacuated by the Rebels", "Sketch Of That Ancient City", "Onward To Richmond!" and more.

Complete in eight pages. This issue is not fragile as newsprint from this era was made of cotton and linen rags, allowing them to remain very pliable and easy to handle. Minor spinewear, nice condition.