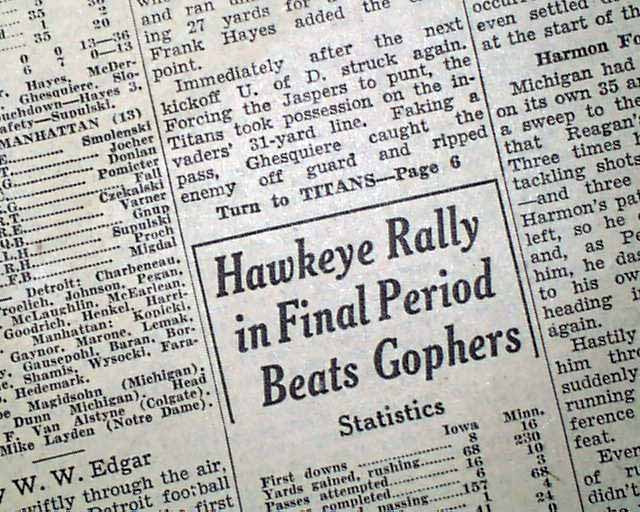 This 50+ page Sunday newspaper has various college football reports in the sport's section with a one column heading on the front page of this section (inside, near back): "Hawkeye Rally in Final Period Beats Gophers" with stats and lineup. See images for text here.

Other news, sports and advertisements of the day are included throughout. This issue has minor margin wear, but is otherwise in good condition.

wikipedia notes: Nile Clarke Kinnick, Jr. (July 9, 1918 – June 2, 1943) was a student and a college football player at the University of Iowa. He won the 1939 Heisman Trophy and was a consensus All-American. He died during a training flight while serving as a U.S Navy aviator in World War II. Kinnick was inducted into the College Football Hall of Fame in 1951, and the University of Iowa renamed its football stadium "Kinnick Stadium" in his honor in 1972.