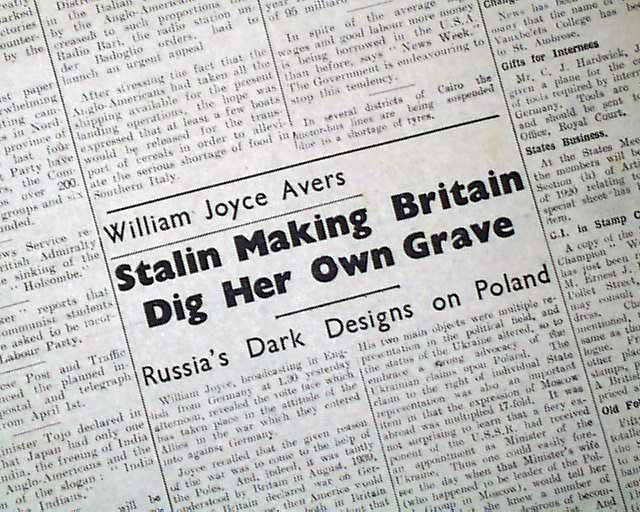 An interesting pro-Nazi newspaper as this island in the English Channel was occupied by the Nazis during World War II so all reporting is pro-Germany despite being in English. Among the front page reports are: ""England Lamenting Failure in Italy" "Britain Boycotted by Her 'Allies' "Why Second Front May Prove Fatal" "Fresh German Gains At Nettuno" and more.
Single sheet, small folio size, very nice condition.