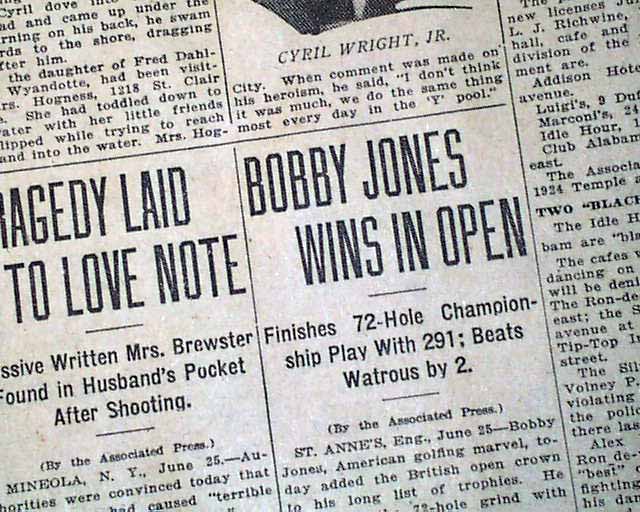 This 40+ page newspaper has one column headlines on the front page: "BOBBY JONES WINS IN OPEN" and "Finishes 72-Hole Championship Play With 291; Beats Waltrous by 2"