Home > Back to Search Results > The Vatican bombed in WWII...
Click image to enlarge 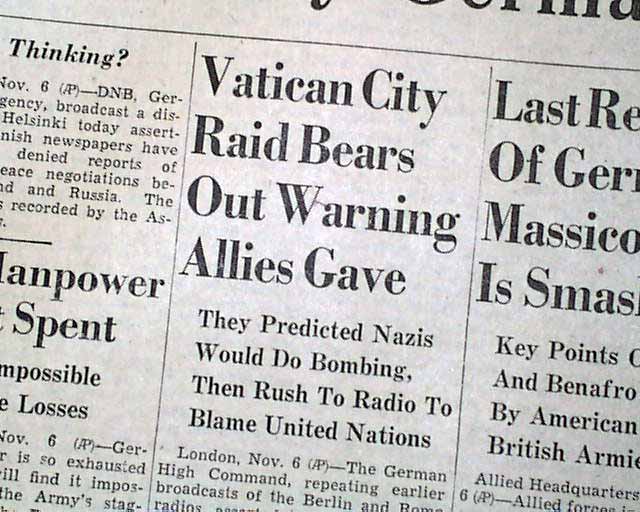 The Vatican bombed in WWII...

This 8 page newspaper has one column headlines on the front page: "Vatican City Raid Bears Out Warning Allies Gave" and "They Predicted Nazis Would Do Bombing..." which was an air raid by just one German airplane (four bombs) on Vatican City.

Other news of the day with much on World War II. A little spine wear, otherwise good condition.