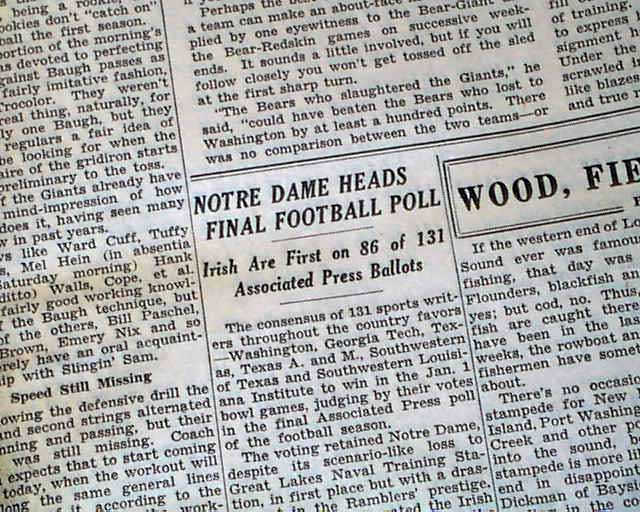 This 42 page newspaper has one column headings in the sport's section (page 29): "Notre Dame Heads Final Football Poll" and "Irish Are First on 86 of 131 Associated Press Ballots" and more with standing (see images). This is 1st report coverage on the Notre Dame Fighting Irish officially being named national champions of college football by the associated press (AP poll).

Other news, sports and advertisements of the day throughout. Complete, minor margin wear, otherwise nice condition. 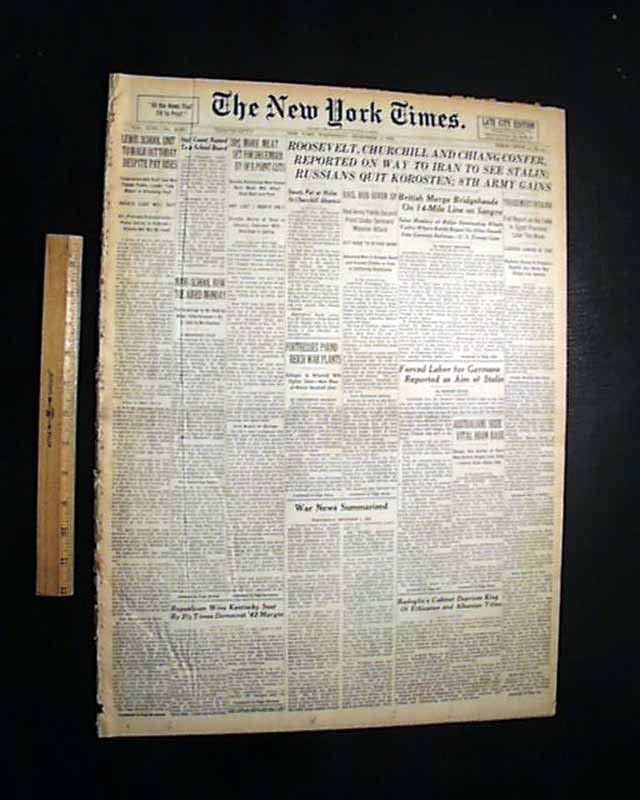 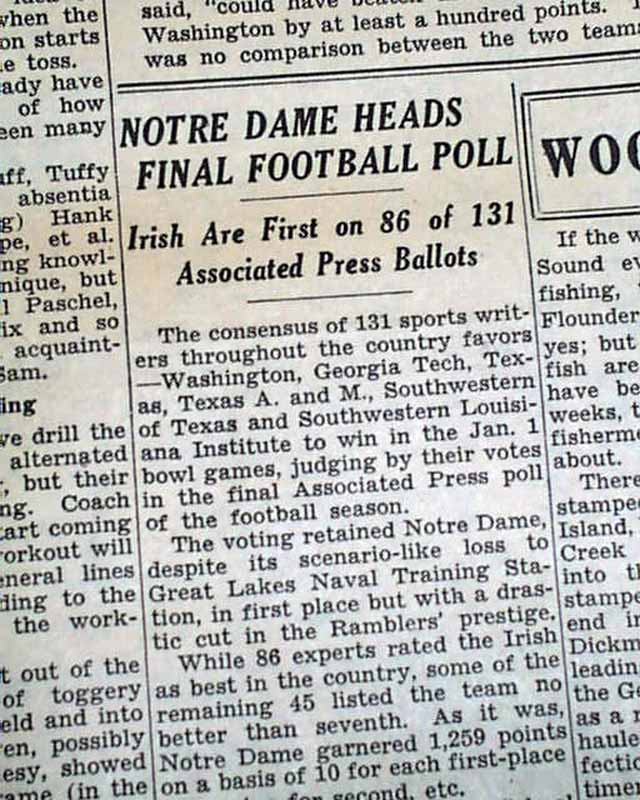 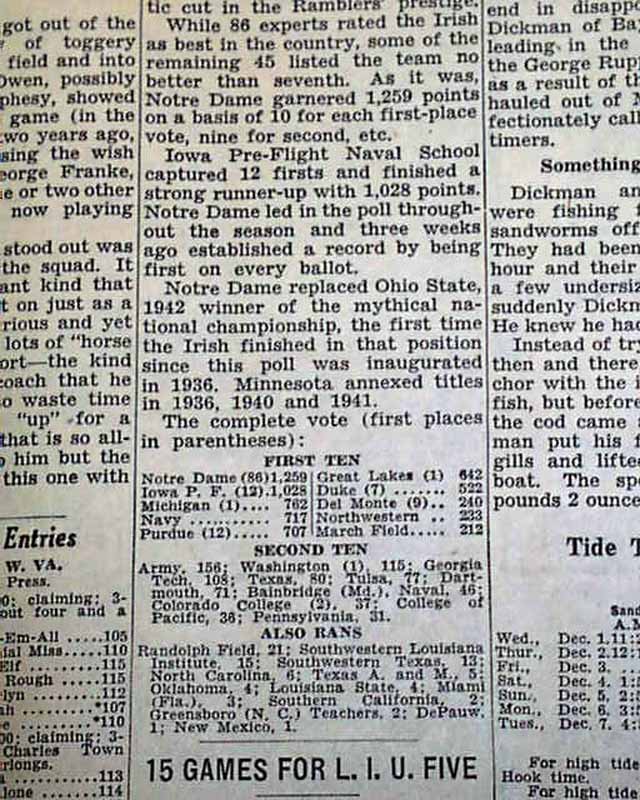 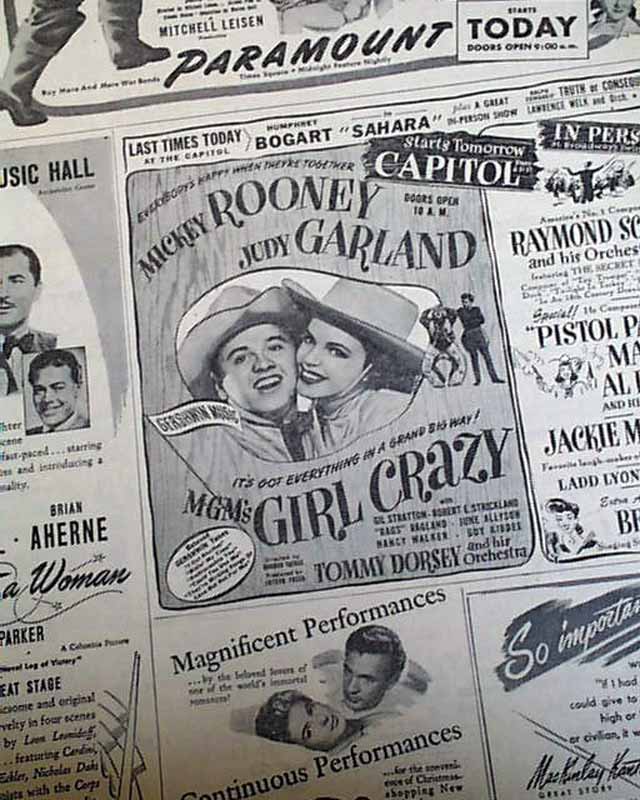