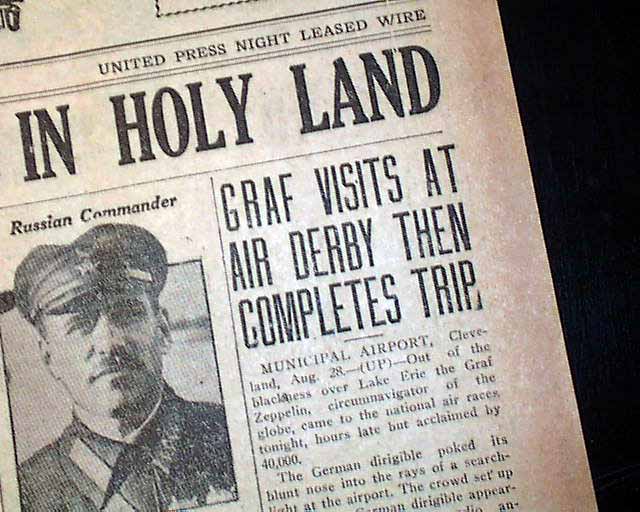 This 8 page newspaper has a one column headline on the front page: "GRAF VISITS AT AIR DERBY THEN COMPLETES TRIP" and more.