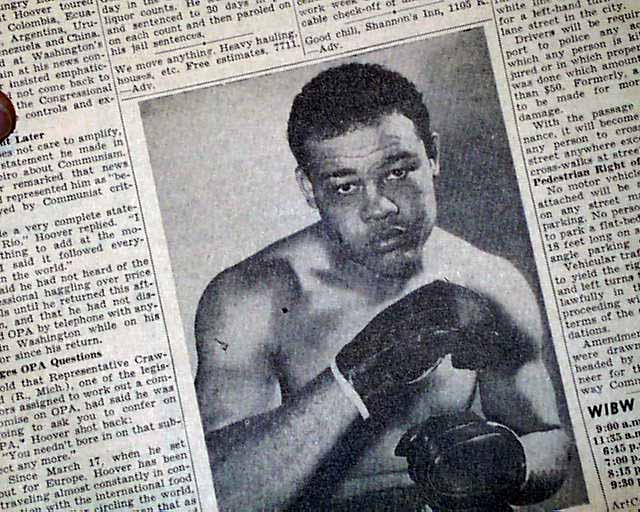 This 14 page newspaper has two column headlines on the front page that include: "Bomber KO's Conn in Eighth" and more with photo of Louis (see photos). More information in the sport's section with another photo and round by round coverage. This is a 1st report coverage on the heavyweight boxing championship fight between Joe Louis and Billy Conn.

Other news, sports and advertisements of the day. Some spine wear, otherwise good.