Home > Back to Search Results > Military events just after the Civil War...
Click image to enlarge 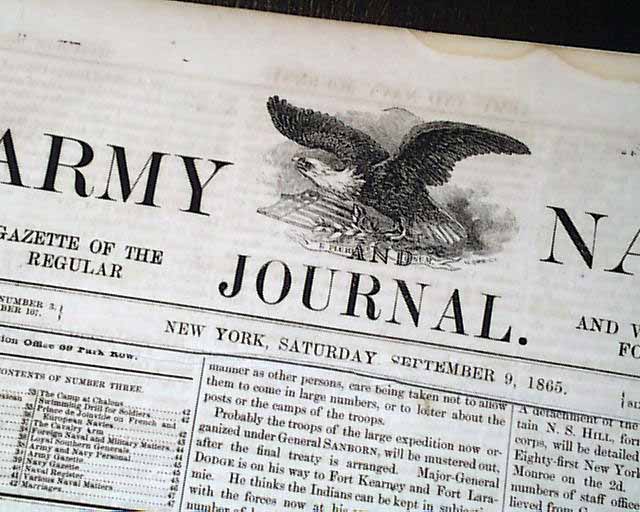 Obviously a military-themed newspaper so all the content is as would be expected, including much on Reconstruction efforts following the Civil War. A front page article begins: "The Indian now begins to assert himself again & to claim a respectable space in the weekly records of military movements..." (see). Inside includes: "The Basis of Reconstruction"  "The Department of the Gulf" "Reforms In Army Dress" "The Insurgent States" "The Cavalry Arm" and more.
Sixteen pages, nice eagle in the masthead, 10 by 14 1/2 inches, nice condition.