Home > Back to Search Results > Max Schmeling Wins Over Jack Sharkey In 1930...
Click image to enlarge 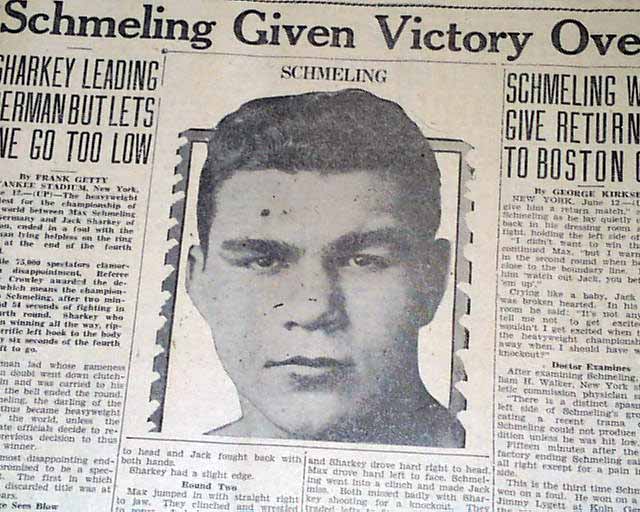 This 8 page newspaper has a nice banner headline on page 6: "Schmeling Given Victory Over Sharkey On Foul In 4th" with  subhead and photo of Schmeling (see images). This has lengthy text here.

Other news, sports and advertisements of the day. A little margin wear with a few small binding holes, otherwise nice.