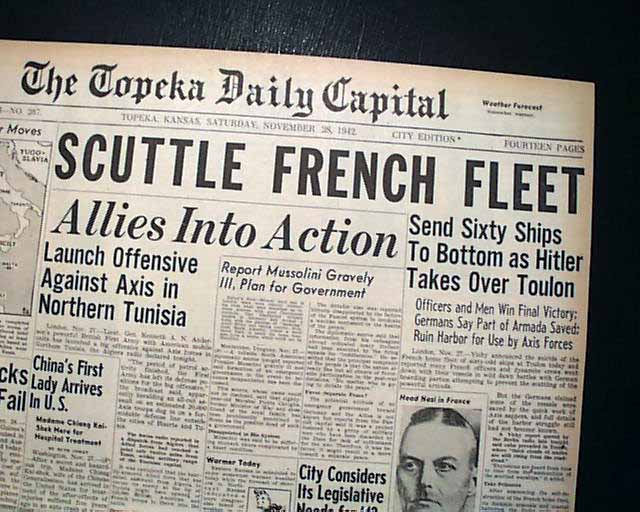 This 14 page newspaper has a nice six column headline on the front page: "SCUTTLE FRENCH FLEET" with subheads and related map. 1st report coverage on the Scuttling of the French Fleet in Toulon, France during World War II.

wikipedia notes: The French fleet in Toulon was scuttled on 27 November 1942 on the order of the Adalty of Vichy France to avoid capture by Nazi German forces durmiring Operation Lila of the Case Anton takeover of Vichy France.