Home > Back to Search Results > World Series of baseball... 1958...
Click image to enlarge 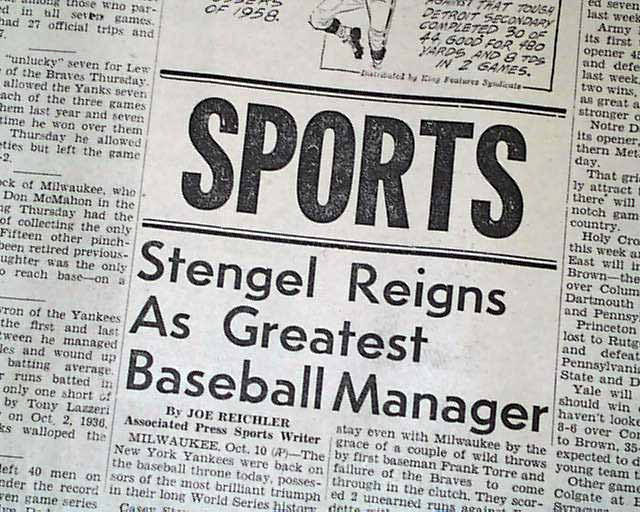 This 10 page newspaper has a two column headlines on page 6 concerning the final game of the 1958 World Series in which the New York Yankees became World champions. The headlines reads: "Stengel Reigns As Greatest Baseball Manager"

Other news, sports and advertisements of the day throughout. A little margin wear, otherwise in good condition.