Home > Back to Search Results > A census of the Western Territory...
Click image to enlarge 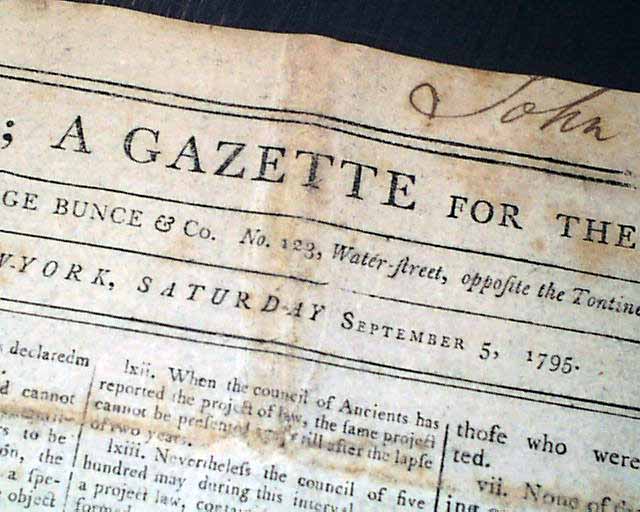 A census of the Western Territory...

All of pages 1 & 2 are taken up with the: "Plan of a Constitution for the French Republic, continued". Pg. 3 has a report that the governor of Penna. has prohibited all trade with New York and Norfolk due to a contagion. Also that "An enumeration of the inhabitants in the Western Territory is ordered to be made...In case they amount to 60,000 the governor is to call a Convention for the purpose of establishing a form of government." (see photos)
Four pages, light foxing, generally very nice.