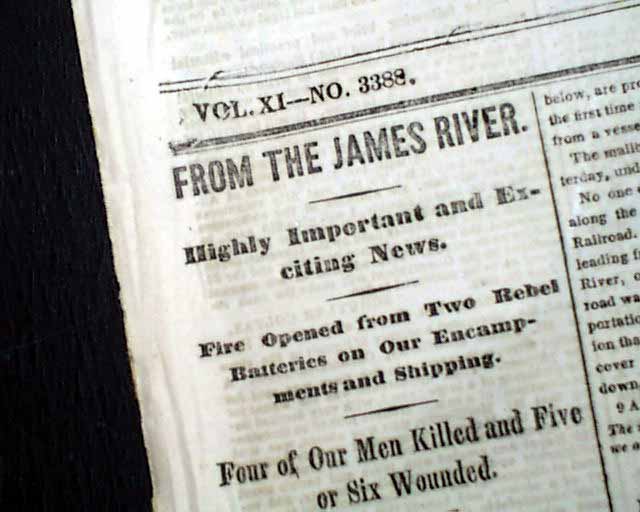 Among  the front page one column heads on the Civil War are: "FROM THE JAMES RIVER", "Appearance of Two Rebel Iron-Clads in James River", "Preparations for a Great Naval Battle", "The Army of Virginia", "Advance of Gen. Pope Toward Gordonsville", "Position of the Enemy's Forces", "Operations in the Southwest--Evacuation of Grand Junction" and more.