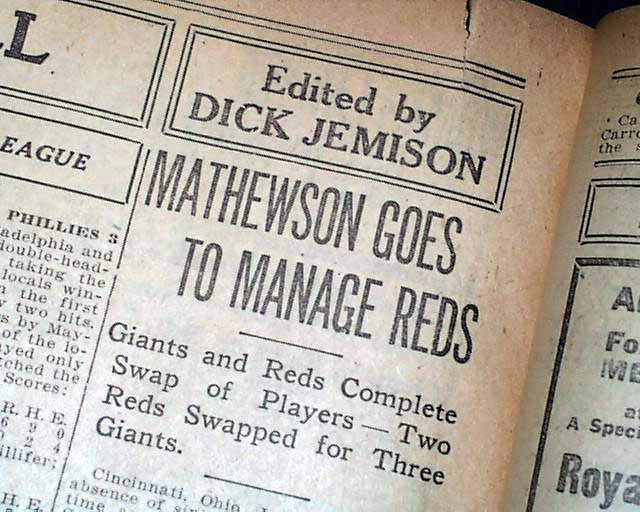 This 14 page newspaper has one column headings on page 10: "MATHEWSON GOES TO MANAGE REDS" "Giants and Reds Complete Swap of Players..."

Other news and advertisements of the day. Light browning with a little margin wear and tear, otherwise good. Should be handled with care. 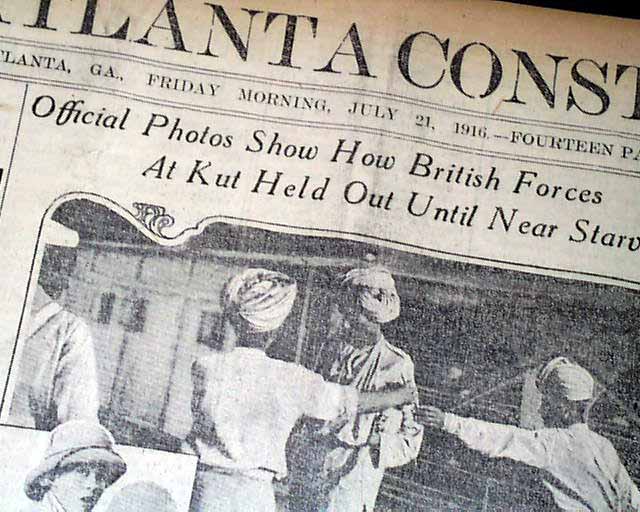 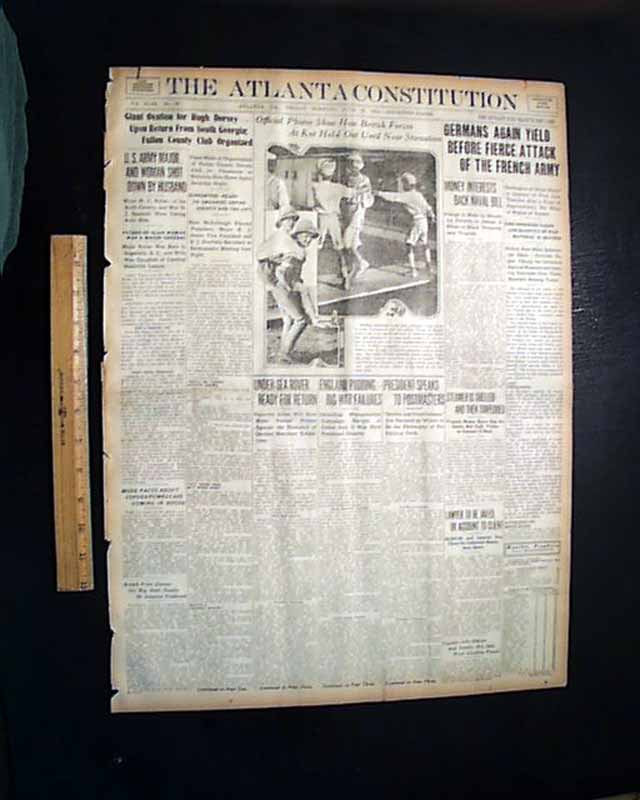 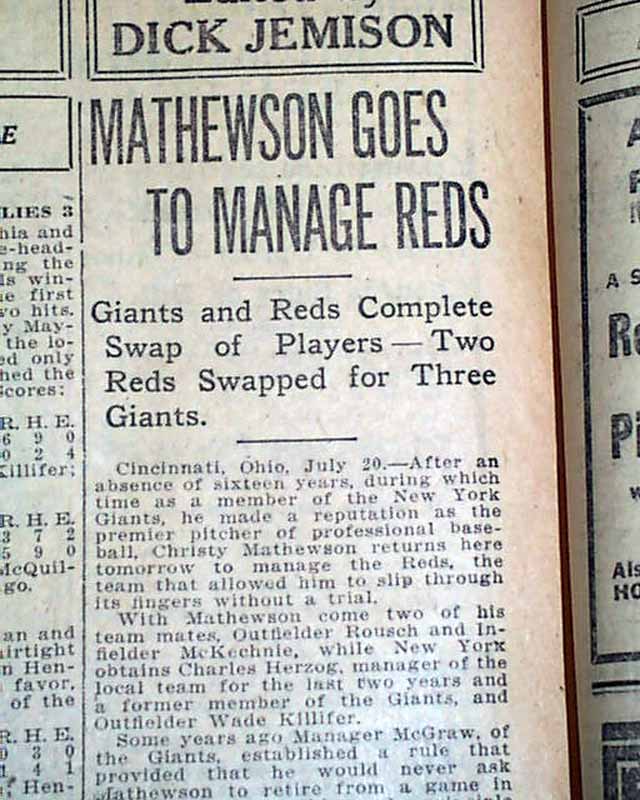 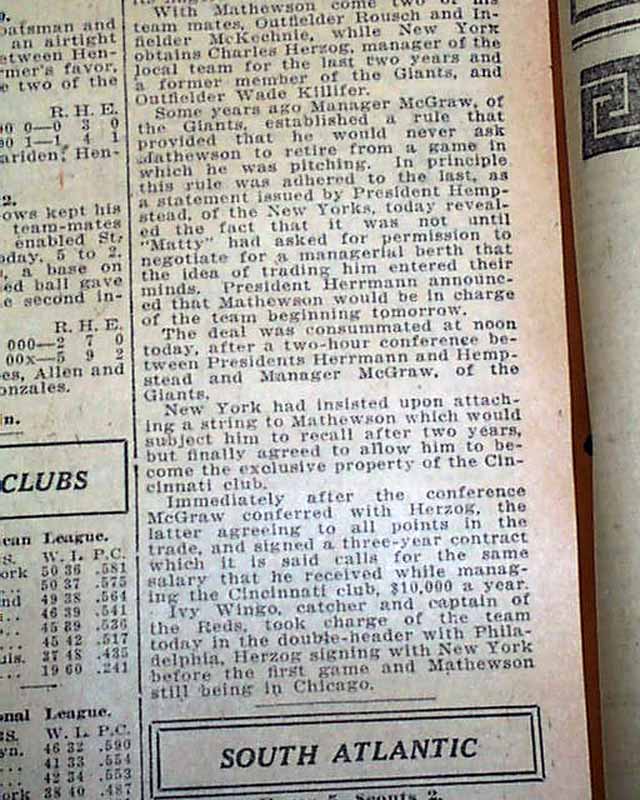