Home > Back to Search Results > From England: The colonies are necessary...
Click image to enlarge 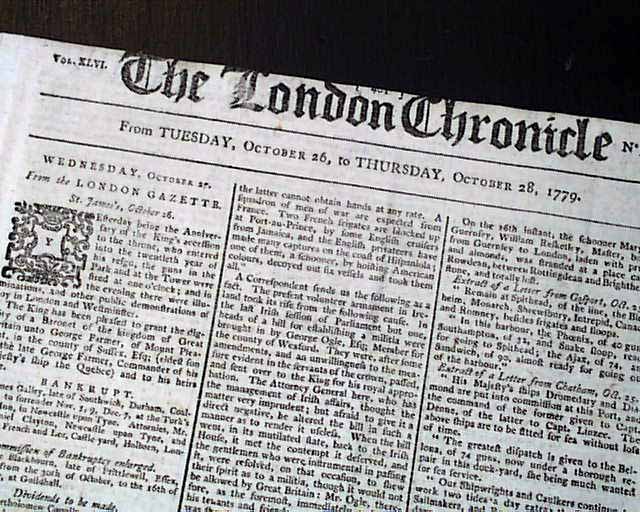 From England: The colonies are necessary...


THE LONDON CHRONICLE, England, Oct. 28, 1779  Nearly two pages are taken up with: "Further thoughts on the Present  Posture of Affairs..." which has as its premise: "The two great parties into which this kingdom is unhappily divided can agree in nothing but in maintaining & propagating one grand & capital mistake relative to the welfare of this nation: That colonies are necessary for the support, preservation and extension of commerce. A fatal error which has ruined every country in proportion as it has been adopted, and which must prove the ruin of ours if we obstinately persist in it..." (see for portions).
A few other brief tidbits relating to America, plus a wealth of European news. Eight pages, 8 1/2 by 11 inches, great condition.