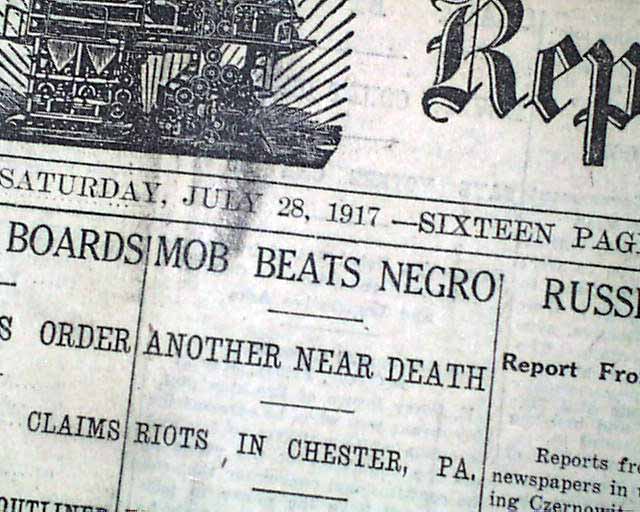 This 16 page newspaper has one column headlines on the front page that include: "MOB BEATS NEGRO", "ANOTHER NEAR DEATH",  "Riots In Chester, PA.", "Authorities Are Taken by Surprise in Night Attack by Several Thousands", and more. See photos for coverage on the race riots in Chester, Pennsylvania.