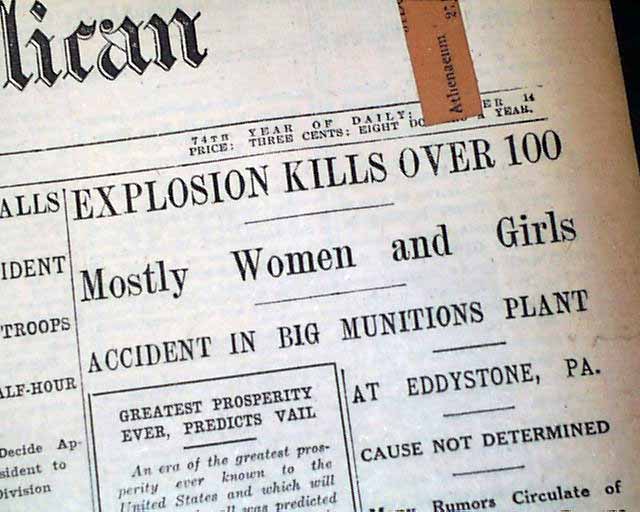 Other news of the day. Light browning with a little margin wear and tear, otherwise good. Should be handled with care.

wikipedia notes: On 10 April 1917, 133 people were killed in an explosion at the artillery shell plant. A monument near the Edgmont Avenue side of the Chester Rural Cemetery marks the final resting place for the remains of the unidentified victims, mostly women and young girls.

In 1917 the U.S. government also placed artillery shell orders, and bought out some of the assets of the Eddystone Ammunition Corporation. A new Corporation, the similarly named Eddystone Munitions Company, was formed by Baldwin to make the shrapnel for the shells.