Home > Back to Search Results > Much on the Mississippi...
Click image to enlarge 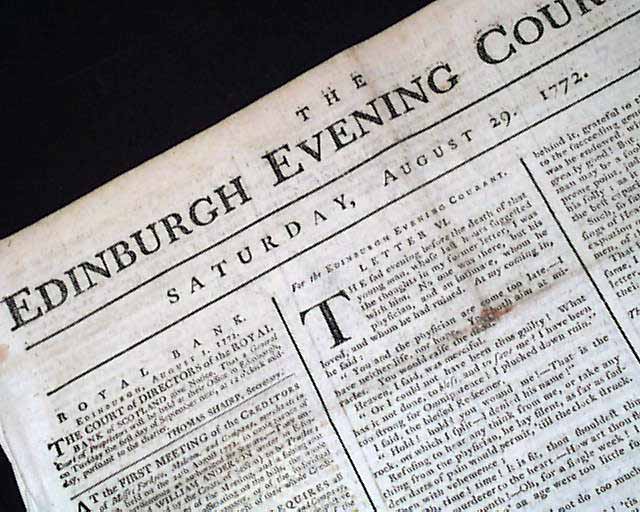 Much on the Mississippi...

Page 2 has a report which includes: "...The public, in the various conversations which have arisen on the subject of the new settlement in North America, generally confound the Mississippi with the Ohio; whereas the two rivers are very distinct; the first is capable of admitting the largest ships of war, the other is not able to admit a cutter ship of war. The first is already a part of West Florida; the last, which is 1500 miles higher up, is in no province whatever but remains in its original state of nature...So great is the passion for lands on the Mississippi in North America that one petition only, now lying before the Privy Council, has 180 names to it..." with much more on the Mississippi region.
Four pages, folio size, very nice condition.