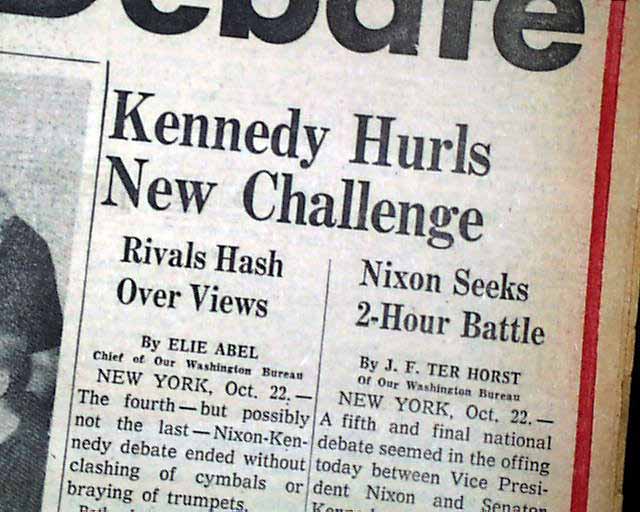 This 24 page newspaper has a two line banner headline on the front page: "Hoover, Dewey Urge V.P. to OK 5th Debate" with subheads that include: "Kennedy Hurls New Challenge" (see photos). This tells of the 4th and final presidential debate between John F. Kennedy and Richard Nixon. Pages 6 & 7 in the section section contains the entire transcript of the debate. Lengthy text in the article.

Other news, sports and advertisements of the day. A few small binding holes along the spine and library stamp within headline, otherwise in nice condition.