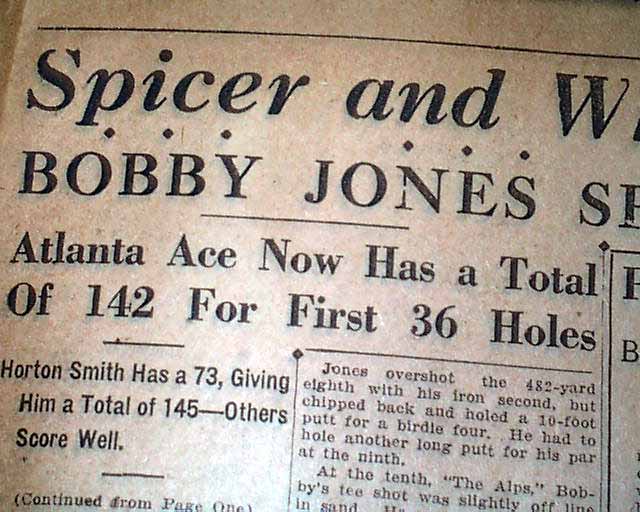 This 26 page newspaper has one column headlines on the front page that include: "JONES TURNS IN 72 TO LEAD PACK" and more. Nice banner headline on page 19 reads: "BOBBY JONES SHOOTS A 72 THIS MORNING IN BRITISH OPEN" with subheads. Coverage on day two of the British Open. This would be the year of his famous grand slam of golf achievement.

Also on the front page is a headline "Stork Expected By Lindberghs In Day or Two". This was announcing the pending arrival of their son, Charles Lindbergh, Jr., who in less than two years would be kidnapped and murdered.

Other news of the day. Light browning with some margin wear and chipping, little irregular at the spine, otherwise good.