Home > Back to Search Results > Millard Fillmore on slavery...
Click image to enlarge 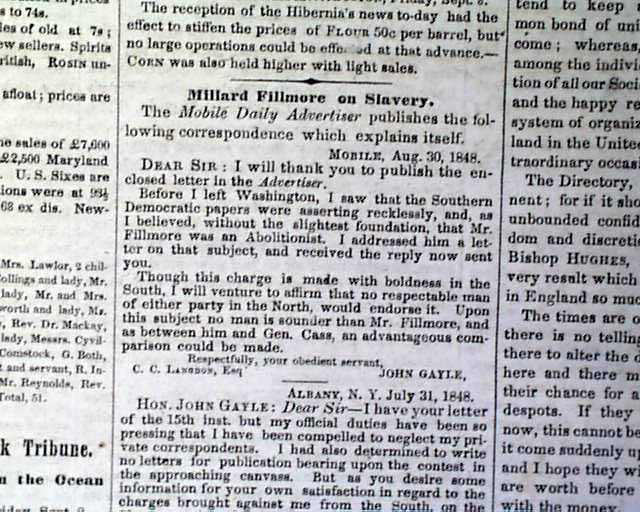 
NEW YORK SEMI-WEEKLY TRIBUNE, New York, September 13, 1848  On the front page of the issue is an article entitled "Millard Fillmore on Slavery" in which a gentleman(John Gayle) had sent Mr. Fillmore a letter stating that Southern papers were stating the he was an Abolitionist. Mr. Fillmore's written response is included in the article.
On page four, an article "A Remarkable Negro Character" is about a servant man named Adam who had just recently died. It provides a bit of his background, his recollection of the Revolutionary War and the officers, including George Washington.
This is complete in four pages and is in good condition.