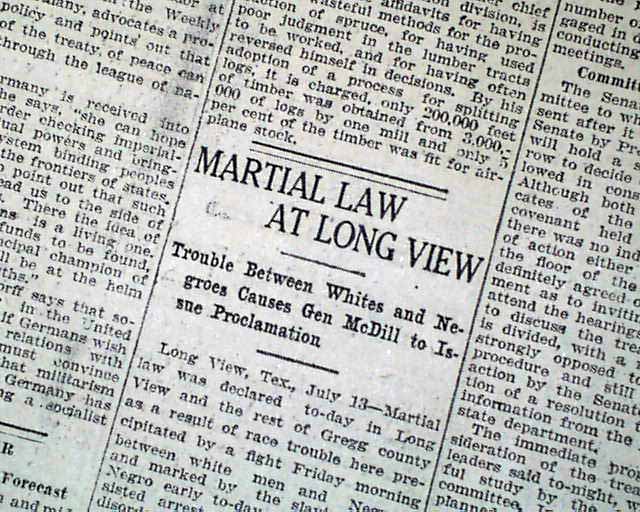 This 14 page newspaper has one column headings on the front page: "MARTIAL LAW IN LONG VIEW" and "Trouble Between Whites and Negroes Causes Gen. McDill to Issue Proclamation".
See photos for text.

wikipedia notes: Longview was the site of the second of 25 racial conflicts race riot that erupted across the United States during the summer of 1919. Like many other conflicts, it was fueled by postwar economic tensions and conflict between European Americans and African Americans. Sensational press about an alleged lynching over an interracial romance fed rumors in the community. Troops were needed to quell the riot.