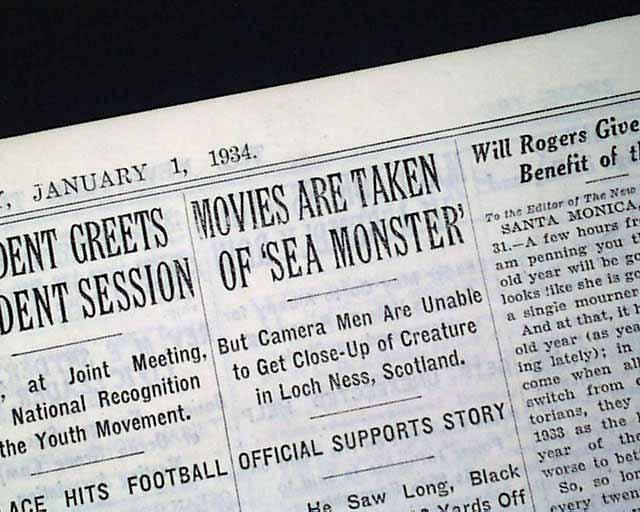 Certainly one of the more notable monster or creature searches in recent times is the Loch Ness Monster. Debate continues as to its existence.

Page 25 has one column headlines that include: "MOVIES ARE TAKEN OF 'SEA MONSTER'", "But Camera Men Are Unable to Get Close-Up of Creature in Loch Ness, Scotland","Official Supports Story" and more. See photos for text. It could be that the New York Times was one of the few, if not the only American paper to report this at the time.

Other news, sports and advertisements of the day throughout. Complete in 42 pages, rag edition in great condition.