Home > Back to Search Results > General McClellan's farewell to his troops...
Click image to enlarge 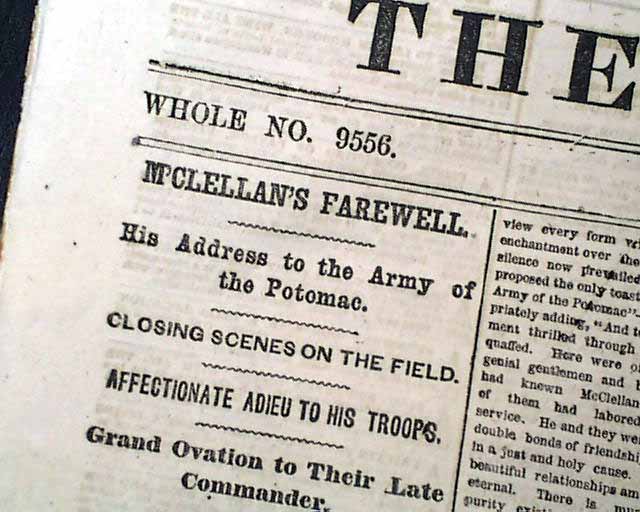 General McClellan's farewell to his troops...

* General George B. McClellan
* Farewell address to his troops

Among the front page one column heads on the Civil War are: "McClellan's Farewell", "His Address to the Army of the Potomac", "Affectionate Adieu to His Troops" and "Grand Ovation to Their Late Commander" with his address printed here & signed in type: Geo. B. McClellan (see photos). Also: "Burnside's Army", "Progress of The Advance", "Brilliant Skirmishes with the Enemy on the Rappahannock", "Decisive Repulse of the Rebels" and more.