Home > Back to Search Results > Battle of Guadalcanal...
Click image to enlarge 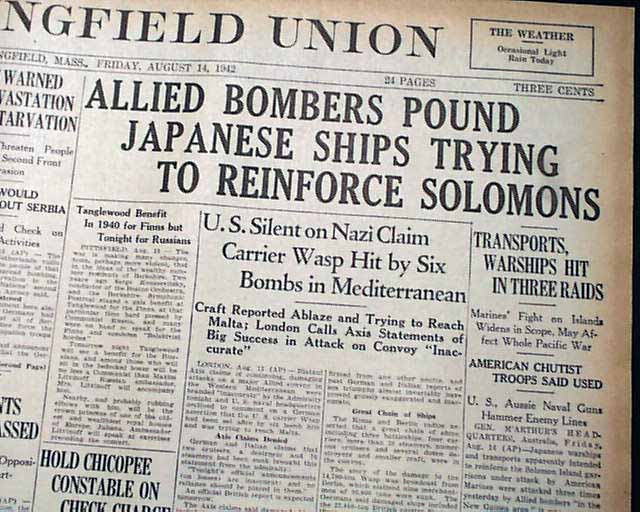 Other news of the day throughout which much on World War II as well as sports and advertisements. Light browning with minor spine wear, otherwise good.