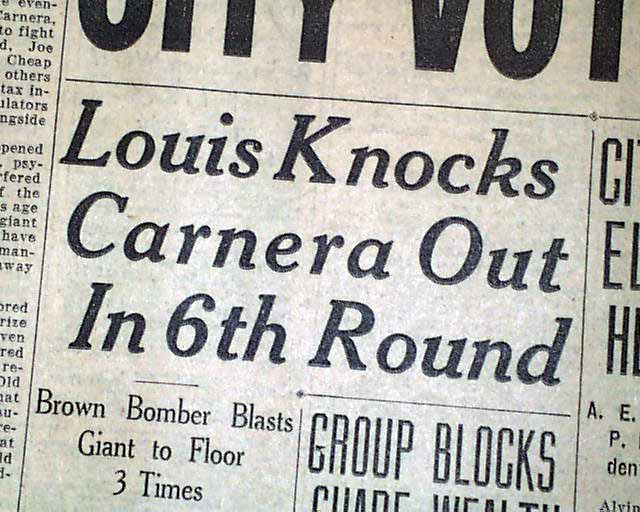 This 20 page newspaper has a two column headline on the front page: "Louis Knocks Carnera Out In 6th Round" with subheads that include: "Brown Bomber Blasts Giant to Floor 3 Times" and more. This win put Louis in the running for the Heavyweight title in which he would win in 1937. Nice to have on the front page.

Also a nice banner headline on the front page of the sport's section (page 11): "BROWN BOMBER BLAST CARNERA INTO OBLIVION" with subheads and great photo of Louis (see photos).

Other news, sports and advertisements of the day. Minor margin wear, otherwise in nice condition.

wikipedia notes: The bout that helped put Joe Louis in the media spotlight occurred on June 25, when Louis knocked out a former world heavyweight champion, the 6'6", 265-pound Primo Carnera, in six rounds.