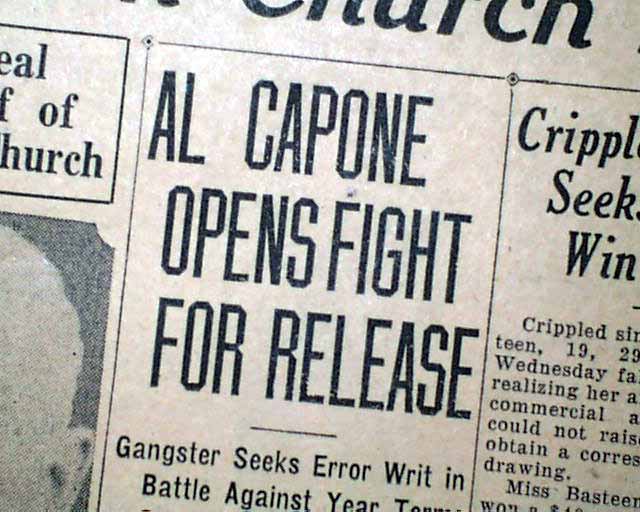 This 22 page newspaper has one column headlines on the front page that include: "AL CAPONE OPENS FIGHT FOR RELEASE" and more. This tells of Al Capone trying to get out of his one year jail term for gun possession.