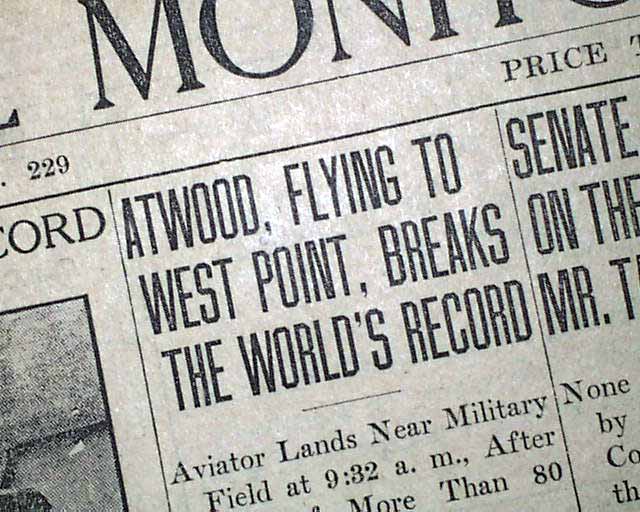 This 12 page newspaper has one column headlines on the front page that include: "ATWOOD, FLYING TO WEST POINT, BREAKS THE WORLD'S RECORD", "Aviator Lands Near military Field at 9:32 a. m., After Trip of More Than 80 Miles From Castleton" and more with a nice photo of his airplane.  A nice report on early American aviation.

Other news of the day. Nice, clean condition.